DENVER – The appearance at the Democratic National Convention last night of Sen. Edward Kennedy (D-Mass.) had more than a few of the members of New Jersey’s delegation swallowing hard and wiping away tears.

One was Richard McGrath, spokesman of the State Democratic Committee, who watched Kennedy’s short, but almost full-circle speech in the Spotted Dog bar in the basement of the Inverness Hotel.

It was a little personal for the Democratic Party operative, who shared his family’s own Kennedy story.

"My dad grew up in the same congressional district as Kennedy, only on the other side of the tracks," said McGrath.

The late Tom McGrath served as a body man for Kennedy during the junior Massachusetts senator’s run for president. Later he would serve on the gubernatorial campaign of Richard J. Hughes.

"My dad and JFK would attend mass together on the campaign trail, and my dad would always provide money for the collection plate, because apparently JFK wasn’t in the habit of carrying cash," McGrath said. "He loved John F. Kennedy, but he used to joke that JFK owed him money from those campaign trail appearances in church."

When McGrath heard JFK’s youngest brother speak at the convention, he said of the words delivered by the ailing senior senator from Massachusetts, "It was so moving, I couldn’t help it. I got choked up." 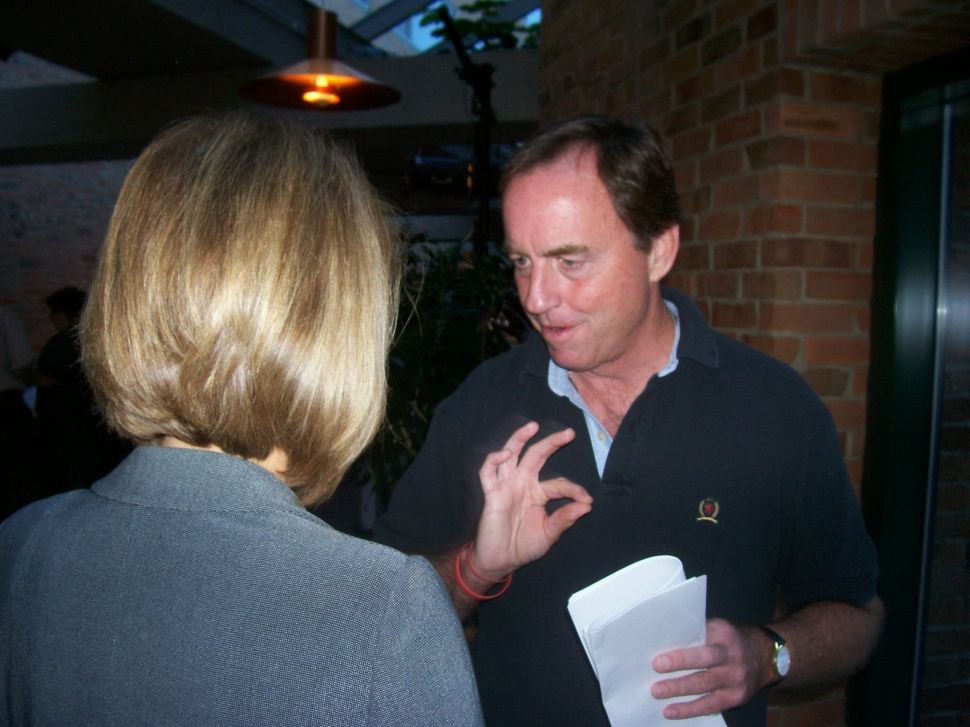