DENVER – When Sen. Robert Menendez (D-NJ) attended his first convention, he was running for Congress and serving as a Bill Clinton delegate in 1992.

"It was interesting," Menendez recalled in a phone interview with PolitickerNJ.com. "We invited this little known Southern governor to Hudson County, to our Hudson County dinner. He lost his voice that night, but he was very earnest in his effort, and he went on to become our president."

Fifteen years later, Menendez supportedBill Clinton’s wife for president in what was ultimately her unsuccessful bid for the White House.

Now Menendez, vice chair of the Democratic Senatorial Campaign Committee (DSCC), backs Sen. Barack Obama (D-IL.), and wants an all-out Democratic Party takeover of not only the executive but the legislative branch.

Heading into their convention here, Democrats are arguably a fractured party, with some of Sen. Hillary Clinton’s (D-NY) supporters shell-shocked and still nursing hurt feelings about coming close but not close enough.

Scheduled to arrive at the Inverness Hotel on Sunday, Menendez foresees unity on the other side of next Thursday.

"Hillary’s supporters will recognize her historic run and she will pledge her delegates to Barack in a show of unity," said the senator. "I think the fact that you’re seeing her chief fundraisers raise money for him already sends a clear message of unity."

Next week, the convention symbolism should back that up, Menendez added, as "Sen. Obama will deliver a stirring vision for the county."

Asked if Obama should deliver a speech that focuses more on his personal biography or on the economic woes of Americans, Menendez said, "You can powerfully mix both of them.

"But the number one issue for people is ‘how am I going to get through these tough times?’" Menendez added. "Barack Obama can paint a picture for how he can help people meet the challenge by discussing how he has met challenges in his own life."

While in Denver, Menendez will take part in at least two DSCC events per day as he tries to help build a new Democratic majority in the U.S. Senate.

"You can’t do much with 51 votes when 60 are necessary," he said. "We can pick up five seats in the Senate at least, and whether we can get more will depend in part on how well Barack will do."

"I would leave that for Joe Ferreiro," said Menendez. "I don’t know enough about the nature of what’s going on there to comment on the timing."

Two years after the feds dropped a subpoena on Menendez, no charges have been filed and his case remains inconclusive as his party members quietly foam over the Republican U.S. Attorney's political agenda.

"It's going to be a great speech,"the senatorsaid of next Thursday night's nomination acceptance remarks. 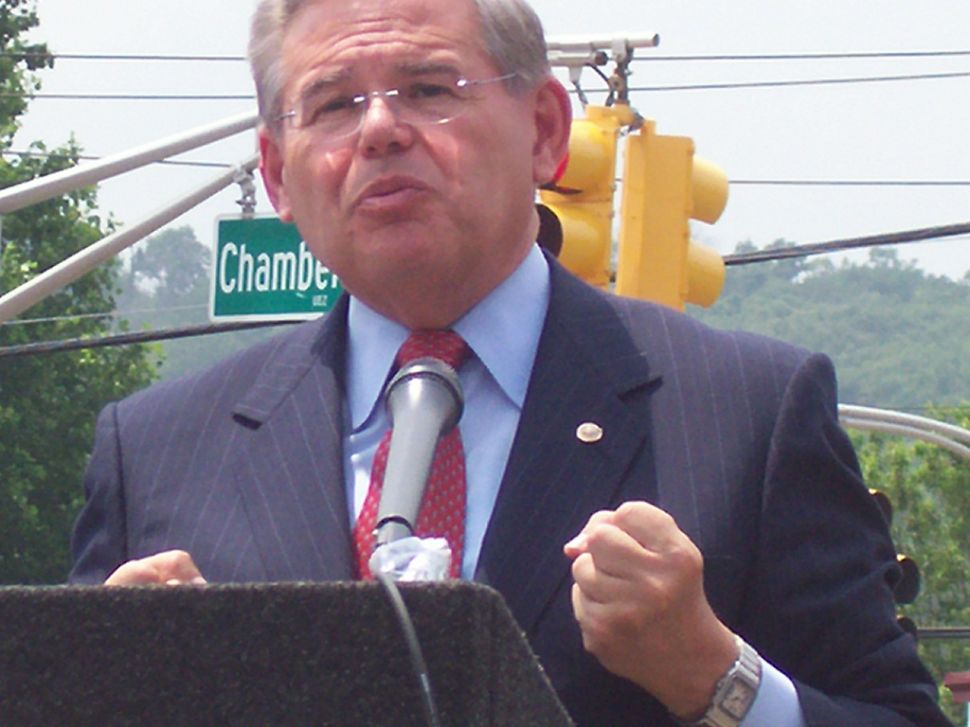