DENVER – A core member of the Booker Team, South Ward Councilman Oscar James II exulted in the speech delivered last night by Michelle Obama, even as he noted the persistent gloom of some Sen. Hillary Clinton (D-NY) supporters in the New Jersey delegation.

"It makes me a little nervous because we have to be united," said James.

Widely hailed as a homerun by the New Jersey delegation, the speech by the wife of the presumptive Democratic presidential nominee did not go too heavy on family values to the detriment of hard, urban issues, in James’s view.

"Michelle covered my urban issues last night," said the councilman. "She talked in very real terms about how mom and dad can’t afford to put food on the table. She talked about the empty chair at the dinner table because of this Iraq War.

"The issues people face in this country are no different, be they from Newark or rural Kentucky," James added. "The entire country’s suffering. From my perspective, and what I got from that speech last night, is that we are fighting so people do not resort to crime and violence because of a lack of opportunity." 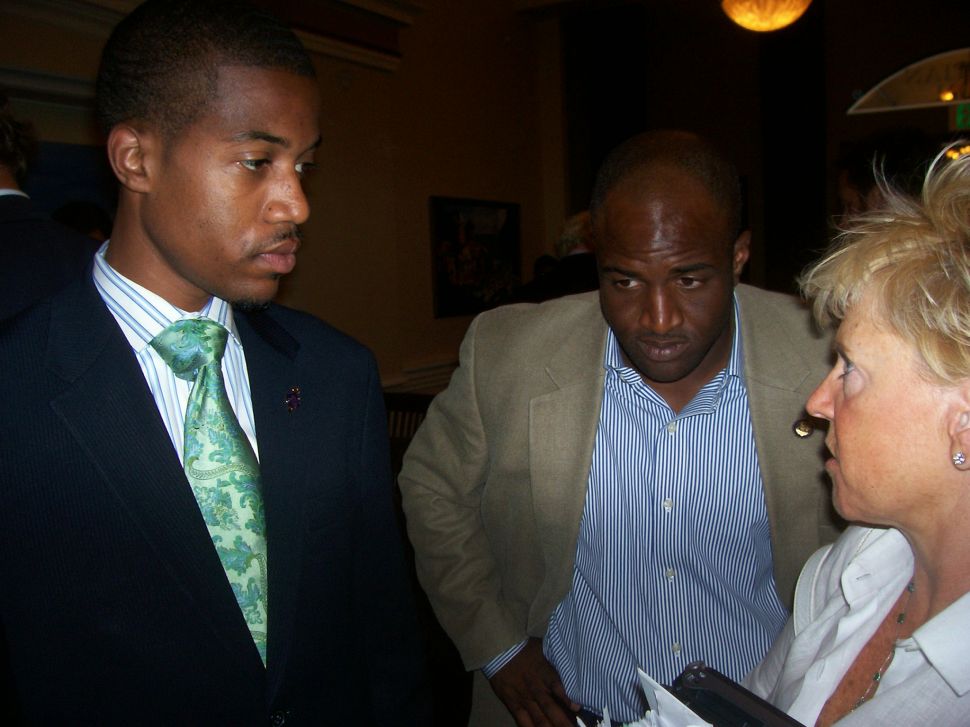