DENVER – With blue collar foreign policy expert Sen. Joe Biden (D-Del.) on-deck tonight, Democrats promise that the family values phase of the convention will at last come to an end.

"Absolutely," Senate President Richard Codey (D-Essex) said when asked if his party is now prepared to take the fight to the Republicans and their eight-year record in office.

Possessing a 90% Labor rating compared to 16% for Sen. John McCain (R-Ariz.), according to union pump-up speakers at this morning's delegation breakfast at the Inverness, Biden is supposed to fulfill the lunch bucket running mate role of resident tough guy.

For some Democrats, the transition to more outward-directed energy will come as a welcome respite from the internal Obama-Clinton angst that to date has bedeviled the delegation.

"Here we are with two nights behind us, and the speakers on the convention stage are directing their speeches to people in the hall," said a party source. "We have to be going after the Republicans."

In her address to fellow Democrats, Sherryl Gordon, executive director of New Jersey Administrative and Legislative Council 1 of AFSCME, was blunt this morning.

"We have to kick out anything that resembles a Bush administration," she told a small but clapping crowd. 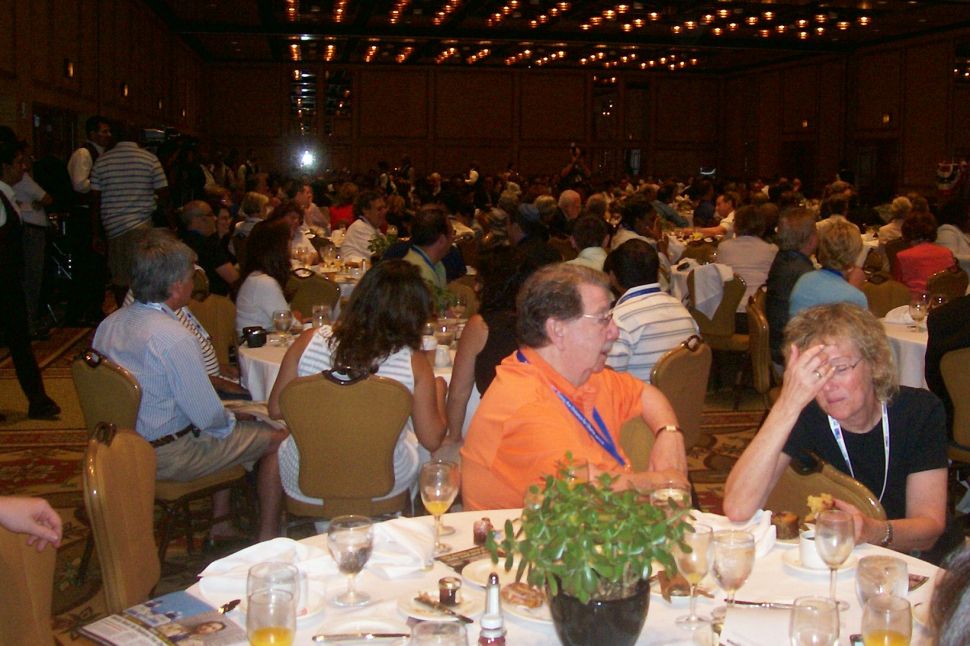