MINNEAPOLIS – Everything but an afternoon business meeting is off the table at tomorrow's Republican National Convention here, with Hurricane Gustav bearing down on New Orleans south of this Mississippi River town.

Standing in front of the Hilton among the early arrivals for the New Jersey delegation on late Sunday afternoon, and going with the flow at this point, were former state Sen. President John Bennett (R-Monmouth) and Assemblyman Sam Thompson (R-Old Bridge).

Widely lambasted for taking a ho-hum approach to the devastation wrought on New Orleans by Hurricane Katrina three years ago, President George W. Bush will not speak at the convention tomorrow night.

"He will be able to turn his attention to this disaster," said Thompson, a native of Louisiana.

"He got a bad rap the first time," Thompson added of Bush. "Lack of response was actually the fault of the governor and the mayor down there." 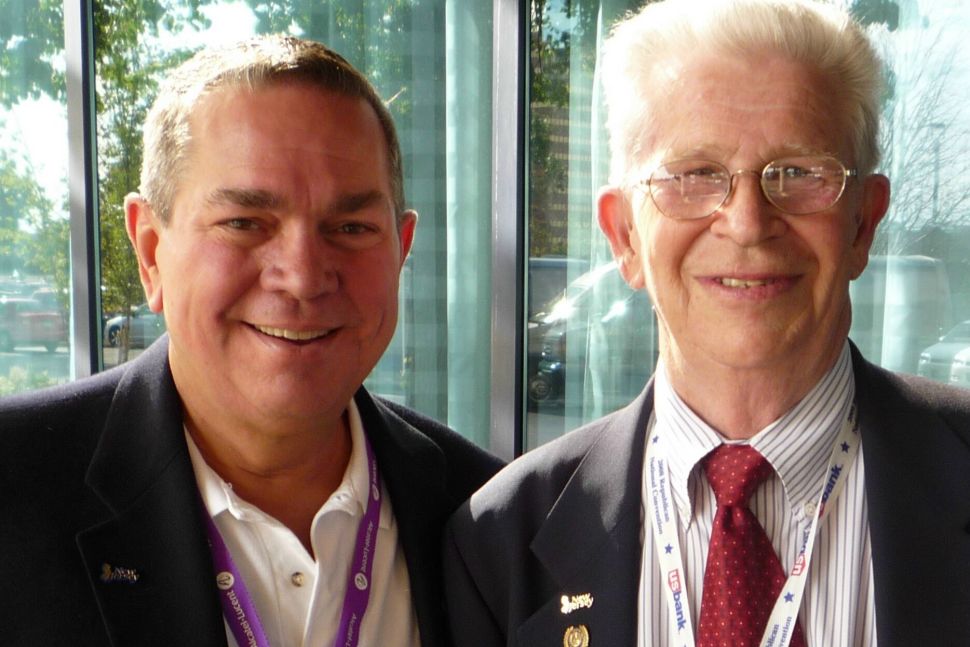