On a regular basis now, Gov. Jon Corzine reminds audiences that he’s running for re-election. If he doesn’t end up running for whatever reason, U.S. Rep. Bill Pascrell (D-Paterson) says he wouldn’t mind personally stepping into the breach.

But whoever ends up out there on the barricade facing the GOP in a statewide race, Pascrell said his party should not fear likely Republican candidate U.S. Attorney Chris Christie, whom Quinnipiac University last week listed one point above the governor in a statistical tie – 41% to 40%.

Of his own gubernatorial run, "I would think about it very seriously," Pascrell said. "Right now I’m supporting the governor and I would urge him to run for re-election.

"But you never know what’s going to happen," the congressman added. "If he leaves and goes with the feds, for example, clearly, the Democrats would have a lot of candidates, and I would hope they’d think I’d be a good candidate. I’m ready to do the job."

Pascrell said he believes Corzine deserves re-election because the governor seized hold of the budget crisis and has attempted to rein in spending. Pascrell notes that the fiscally-badgered Corzine is not in a unique situation, as nearly 30 other states face budget deficit crises.

The governor should not be punished for tangling with a state spending problem wrought, in Pascrell’s words, by former governors Christie Todd Whitman and James McGreevey.

"If I had a criticism it’s that he throws up too many trial balloons," said Pascrell, former mayor of his hometown of Paterson, and former Passaic County chairman of the Democratic Party.

Should Corzine not run for re-election and Pascrell were to run, he could potentially face Christie, whom Republican leaders see as the glamor candidate in a 2009 charge at the Democratic Party power structure.

Pascrell doesn’t look at him that way.

"He needs to be vetted," he said bluntly of Christie.

Not a surprising remark from Pascrell, who with U.S. Rep. Frank Pallone (D-Long Branch) serves as co-prime sponsor of legislation to curtail the powers of U.S. attorneys in dispensing contracts, and to make the hiring process more transparent – legislation that comes in direct response to Christie.

The congressman notes the irony of a potential Pascrell-Christie match-up, but whether it’s Pascrell or Corzine, Christie must defend his own record, which contains questions about how the U.S. Attorney has politicized his office, in Pascrell’s view.

"Let me not mince words," said the congressman. "He’s done a decent job as US Attorney, however certain involvements are questionable. Hiring his boss (former Attorney General John Ashcroft to fulfill a multi-million dollar federal monitoring contract) is a real conflict of interest."

It’s not simply Christie’s hiring of Ashcroft that irks Pascrell, however. Pascrell still doesn’t like the way Christie dropped a subpoena on Bob Menendez in the middle of Menendez’s 2006 U.S. Senate race.

"That action came right when the U.S. Attorney’s job was on the line," said the congressman. "His name was on the Attorney General’s list (slated for replacement), and why it came off that list I don’t know, but the fact that it’s been two years since the U.S. Attorney dropped that subpoena and there have been no charges – that stinks.

"I don’t care if it was Bob Menendez in that campaign, Chris Christie, or Bill Pascrell, but you can’t hit someone with a subpoena, let people dangle out there and then smile about it post haste," Pascrell said. "I’m still trying to figure out what he was going to charge him with. But to cast a cloud like that over Menendez for this amount of time – two years – and not file charges. Wrong."

A Sen. Hillary Clinton (D-NY) partisan during the presidential primary, Pascrell today joined Corzine in Pal’s Cabin in Essex County in a show of support for presumptive Democratic presidential nominee Sen. Barack Obama (D-Il), and for the party.

"Joe Biden is the top of the line," said Pascrell. "He produced a lot in the U.S. Senate, and I think he’s a person of character. He’s an eternal optimist, and I think in these difficult times we need an optimist." 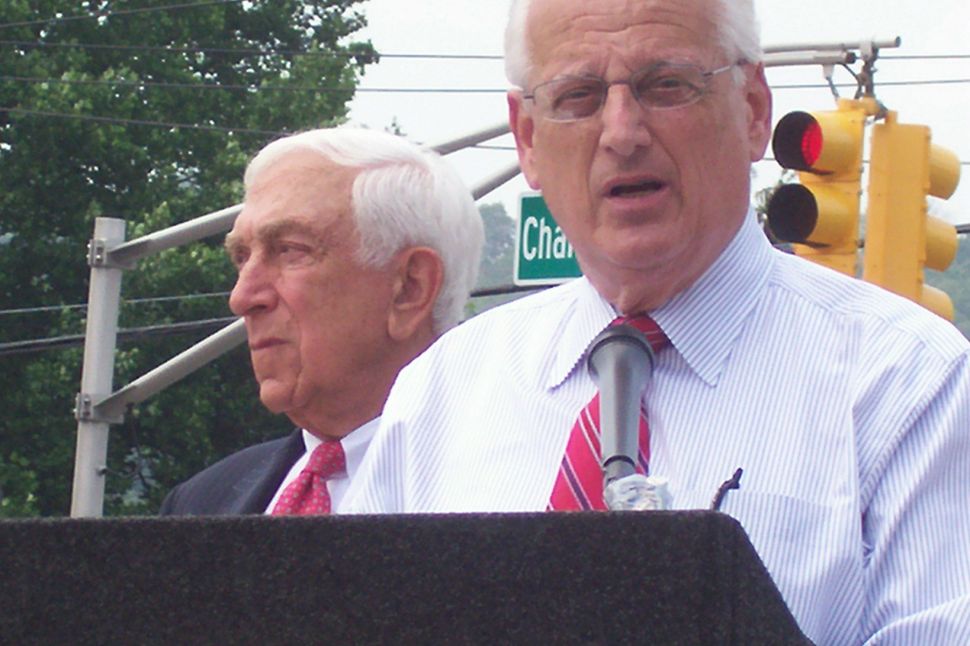