DENVER – Sen. Hillary Clinton (D-NY) romped in Passaic County in the Democratic Primary, essentially blowing up the candidacy of Sen. Barack Obama (D-Il.) there with a 59-38% victory.

"In my ward, he lost handily," recalled Sixth Ward Paterson Councilman Andre Sayegh, a longtime Obama supporter. "A lot of Latinos in my ward told me, ‘We’ll vote for you, but not Obama.’ It wasn’t a landslide, but he lost Paterson, and got trounced in my ward."

Now old school Democrat Currie, a onetime Clinton backer, wants to mobilize his troops behind Obama for the general election, where Democrats number 47,807 to the Republicans 38,662 registered voters.

"We’re not going to have a problem," Currie told PolitickerNJ.com. "Hillary had use of my headquarters and in the primary, and subsequently I had county committee meetings with Obama supporters and we brought the two together and we’ve had a packed house ever since. We’ve done a lot of voter registration since the primary."

From his standpoint, Currie believes the hurt feelings from the Clinton camp will dissolve steadily and be mostly gone by the time voters go to the polls – if not by the end of the Democratic National Convention.

"Clinton herself has to be given credit," said the party chairman. "I’ve been on a couple of conference calls with her where she stressed that she is 100% behind Barack Obama. She was very enthusiastic."

Obama’s selection of Sen. Joe Biden (D-DE) as his running mate will help the Democrats reach lunch bucketindependents, who make up the bulk of voters here at 117,250, according to U.S. Rep. Bill Pascrell (D-Paterson), who like Currie was a full-blown Clinton supporter.

"Senator Biden has been a personal friend since we met 25 years ago and an ally to the people of New Jersey for as long as he's served in the Senate," said Pascrell in a statement. "I'm excited about the strong working class credentials that Senator Biden adds to a Democratic ticket already grounded in middle-class American values.

"I have worked closely with Senator Biden to equip America's first responders and combat the spread of club drugs among young people all across the country. This is a man who deeply understands the real challenges that confront American families and the communities they live in. Beyond just being closely tied to working-class Americans, Senator Biden is distinguished by an extensive record of domestic policy achievements on their behalf."

Sayegh, who is not a delegate but said he made the trip to Denver with his finance to be part of history, thinks the party will unite in the end.

"There still seems to be some tension," he admitted as he navigated the lobby of the Inverness Hotel on the first day of the convention. "It would help if the Obama campaign gave Sen. Bob Menendez (D-Union City) a speaking role. We don't have anyone from the delegation speaking at the convention, and he'd be the one. But whatever happens,we’ve got time to unite and conquer." 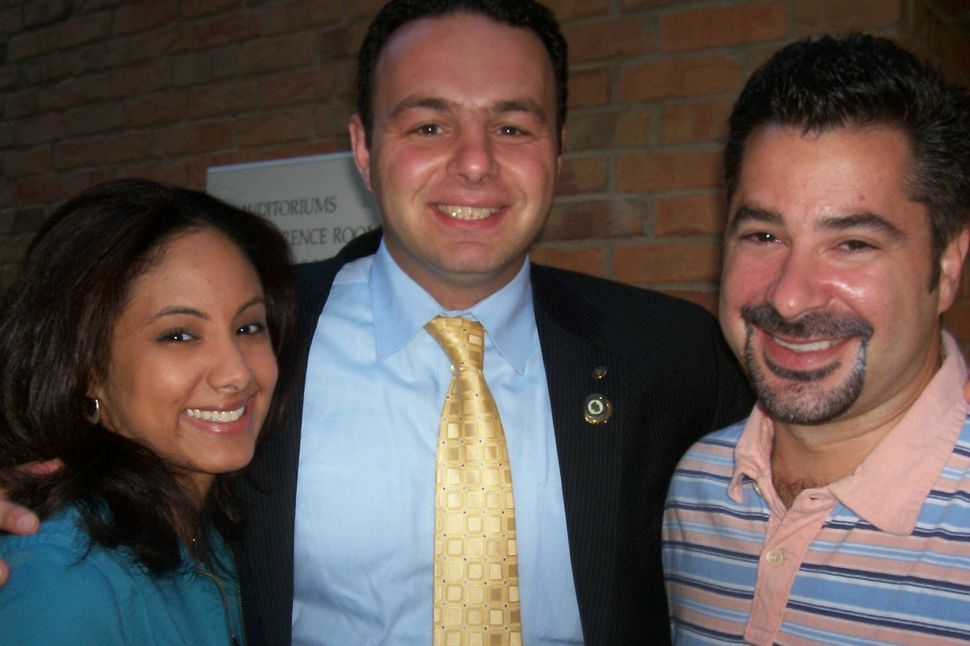