"I remember it brought tears to my eyes," says Turner, who supported Kennedy because she believed the Republicans would defeat President Jimmy Carter and doubly humiliate the Democrats by gaining a majority in Congress.

They did – on both counts.

But although Kennedy lost the nomination, in endorsing Carter, he delivered an emotional speech whose final lines Turner remembers by heart: "For me, a few hours ago, this campaign came to an end. For all those whose cares have been our concern, the work goes on, the cause endures, the hope still lives, and the dream shall never die."

On Sunday, Turner heads to Denver as a delegate to Sen. Barack Obama (D-IL.), her party’s presumptive presidential nominee.

In every election since 1980, she endorsed what most people think of as the establishment primary candidates: Mondale in 1984, Dukakis in 1988, Clinton in the nineties, Gore in 2000, and Kerry in 2004.

Like Kennedy, Turner endorsed Obama over Sen. Hillary Clinton (D-NY) in the Democratic Primary. Now he’s battling brain cancer and is not scheduled to be in attendance at the convention in Denver.

"But we are paying tribute to him in a ceremony on Monday, and that is as it should be, because Sen. Kennedy passed the torch to Sen. Obama," says Turner.

The state senator, who organized primary voters in Trenton and the environs and delighted in a Mercer County victory for her candidate on Feb. 5th even as Obama lost New Jersey overall by ten points, does not see an Obama-Clinton rift undermining the party.

"I think that we’re going to leave Denver as a united party," says Turner. "We’re going to be fired up and ready to go. We’re going to be able to show that Barack Obama is the best choice for this country. He has already restored our government’s tarnished image around the world, and we will need to have him to tackle the problem of our economy. Our biggest problem is the drain on our resources of this war in Iraq, and Barack Obama knew from the beginning that it was wrong."

In this regard, he’s like Kennedy, was one of 21 U.S. senators who opposed the 2002 resolution authorizing President George W. Bush to go to war in Iraq.

"McCain’s policies are similar to Bush’s, and you would be getting a third Bush term with McCain," says Turner. "No one wants that. People are hungering for change, and not just Democrats, but Republicans and independents."

Unlike Kennedy – or Gore in 2000 and Kerry in 2004, for that matter – Obama does not come from wealth or privilege, and Turner believes this too will prove advantageous on Nov. 4th.

"The story of Obama sends a powerful message to our children that if you work hard, sacrifice and play by the rules, you can become president of the United States," she says. "You don’t have to be born rich or with a silver spoon to be president of the most powerful country in the world."

Turner applauds her party’s decision to have a roll call vote, in which Clinton’s name will be in play, if only ceremoniously.

"She gave a tremendous effort," says Turner. "Whoever thought in my lifetime we would see a woman and an African American battling for the nomination of the party? This was a situation where heads I win, tails I win – because I never thought I’d live to see the day a minority, either an African American or a woman, would be in this position. I think Hillary Clinton’s historic effort should be recognized. If Obama had come in second place, I would have wanted the same thing for him."

Looking back, 1980 was exciting. To this point – and she can say it unequivocally based on that speech by Kennedy – it was the most exciting convention Turner ever attended.

"But Denver is going be thrilling," says Turner, "because we have the opportunity to make history, and nominate an African American for president, and we will hear Obama's speech on the 45th anniversary of Dr. King's 'I have a Dream' speech." 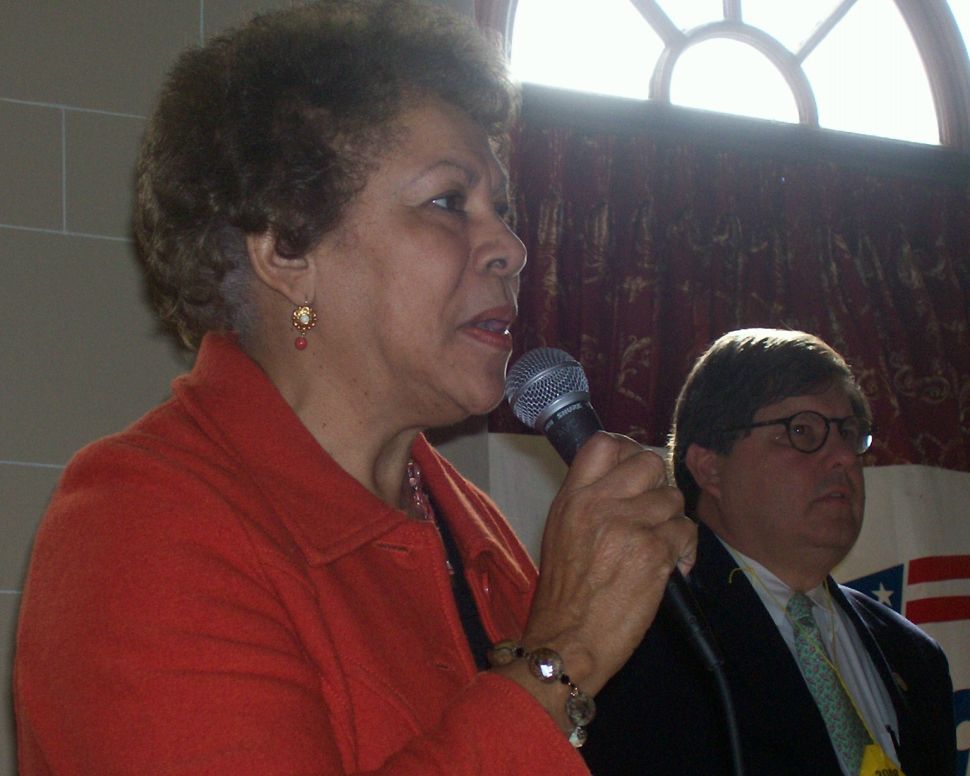