It doesn't get much better on FOX than seeing the rare sight of Alan Colmes emerging from his protective shell and exposing Sean Hannity for the idiotic, hypocritical windbag he is.

Hannity, attempting to remove himself from the hole he dug, tried to make the claim that McCain was a POW who got beat up all the time as Edwards played with his hair and has a big house, implying that McCain has the moral authority to cheat on his wife who had been disfigured in a terrible car crash and raised their kids for years while he was a POW.

I wonder how many houses the McCains own that are the size of Edwards? 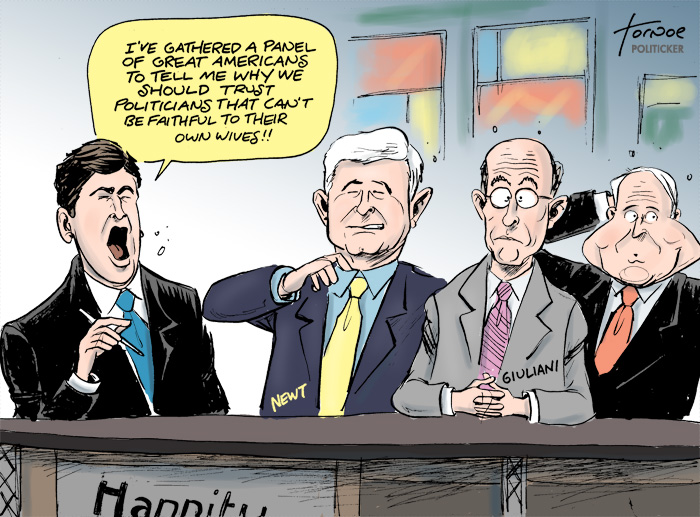