NEWARK – The presence of a beloved former anything in the world of politics invariably intensifies public scrutiny where it concerns that person’s successor, especially when that successor is currently in office.

Then DiVincenzo introduced Corzine, who would introduce Byrne.

The fact that Senate President Richard Codey (D-Essex), another former governor, was also at the event, set up one more reassertion of a central comparison. For if Corzine has toiled with negligible success in the aftermath of Codey, he has consistently lacked the popularity of his immediate predessessor.

But Byrne – now the shining elder statesman – was also unpopular heading into his second term election in 1977, and that gave all three men: Byrne, Codey and Corzine, the opportunity to draw the same, hopeful connection.

"He accomplished so much, and his approval rating was 36% (as he headed into a re-election year)," Corzine said of Byrne. "I went a little above that (in a Quinnipiac poll last week), so I figure I’ve got a chance."

Codey riffed on he comparison in his remarks about Byrne.

"He ran for governor twice and both times he won in a landslide," Codey said of the man who calls Codey his protégé.

Codey argued that Corzine has offended special interest groups in making budget cuts, and that the polls are "simply a moment in time."

"If you’re the governor, you get blamed for everything," said the former governor. "The fact that he presented a balanced budget this is remarkable in and of itself." 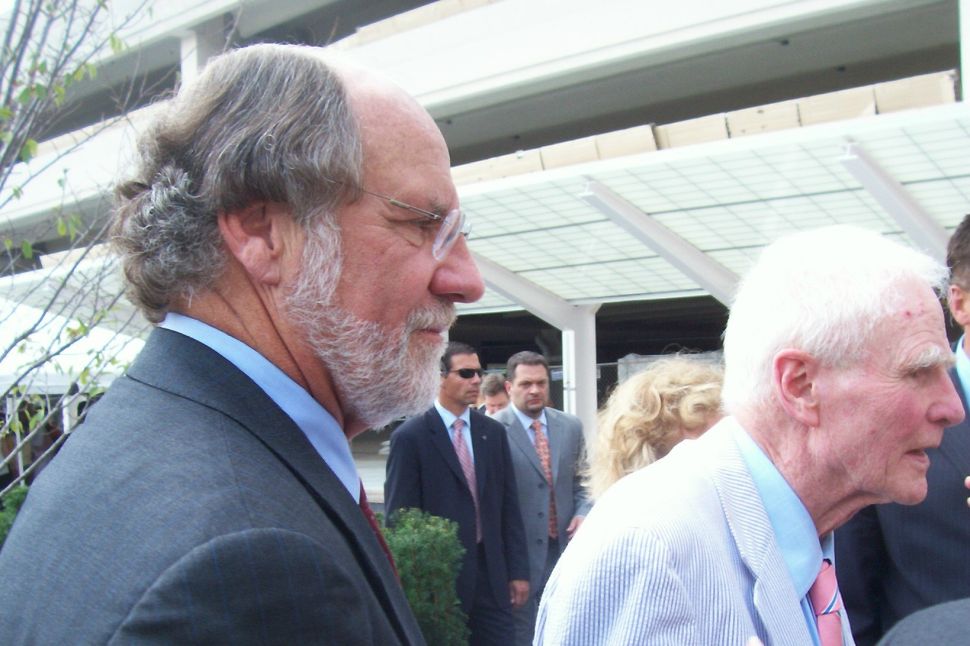