Wisniewski’s been attending conventions going all the way back to 1976, when his father served as a member of the New Jersey delegation. Now he has his own daughters here and they’ve already been on the floor of the Pepsi Center.

"It’s a relaxing atmosphere down here, in a way even better than getting on and off the bus to go out there to the Pepsi Center," says Wisniewski, chair of the state Assembly Transportation Committee.

"At least I know New Jersey’s not the only place with gridlock," he says.

Now Bill Clinton is walking across the large-sized TV screen, and the crowd stands up out of its chairs, and Vega says in the midst of the crowd, "He’s our Elvis," then adds in praise of Sen. Hillary Clinton (D-NY), whom the cameras capture beaming down at her husband, "If the standard was 1980 when Ted Kennedy challenged a sitting Democratic President – Jimmy Carter – Hillary Clinton’s doing more than her share to unite the party."

Gordon, who’s been with Obama since nearly the beginning ("at a press conference where there was one reporter and about nine pigeons"), fields a question about the coming anchor leg speech by Democratic vice presidential nominee Sen. Joe Biden (D-Del.), "It’s foreign policy. I think that was the one area on Obama’s resume that was weak, and Biden with his years of experience gives you that.

"It’s time to go after this guy McCain, and that’s also what you’re going to get from Biden tonight," he adds.

As far as the perceived party disunity, the assemblyman says he’s been getting out everyday and walking around Denver, where he’s seen people of all ages in Obama attire and so may of them appear happy and hopeful.

"I’m not getting a sense of disunity at all," he says. "I think Hillary’s speech last night helped, and I think it helped today when she released her delegates to Obama."

It’s getting close to Biden time.

"He’s got to show that he will be Barack Obama’s right hand, somebody who will be there to provide counsel," says Wisniewski. "Biden has over three decades of experience, dozens of years of experience of foreign policy, and he must tonight make the case for wisdom and strength." 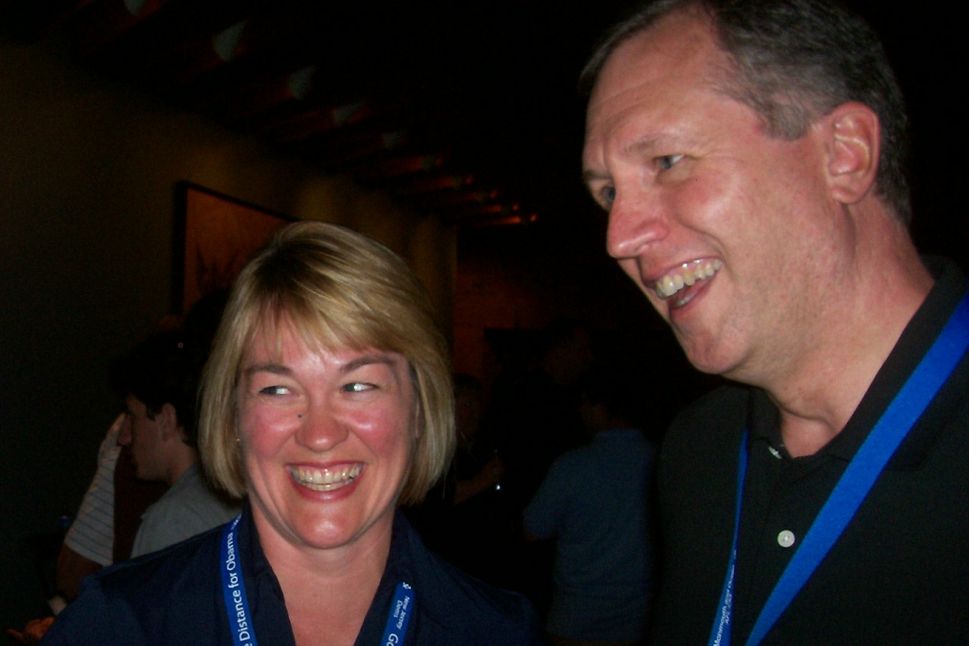