The place is packed. Standing room only.

There's a panel of volunteer questioners ready to start the opening round of questions. But first, the candidates launch into their respective opening statements.

Out of the blocks, Stender hammers President George W. Bush, who on Monday isappearing at a Colts Neck fundraiser for Lance.

"Our reputation internationally is in shreds," she says. Record oil company profits. American Dream in tatters.

"My opponent offers more of the failed policies of the last eight years," she says. "Like Bush, he's said nothing of profits for big oil."

The rabbi moderator fixes the problem.

He's a reformer with a bipartisan record. 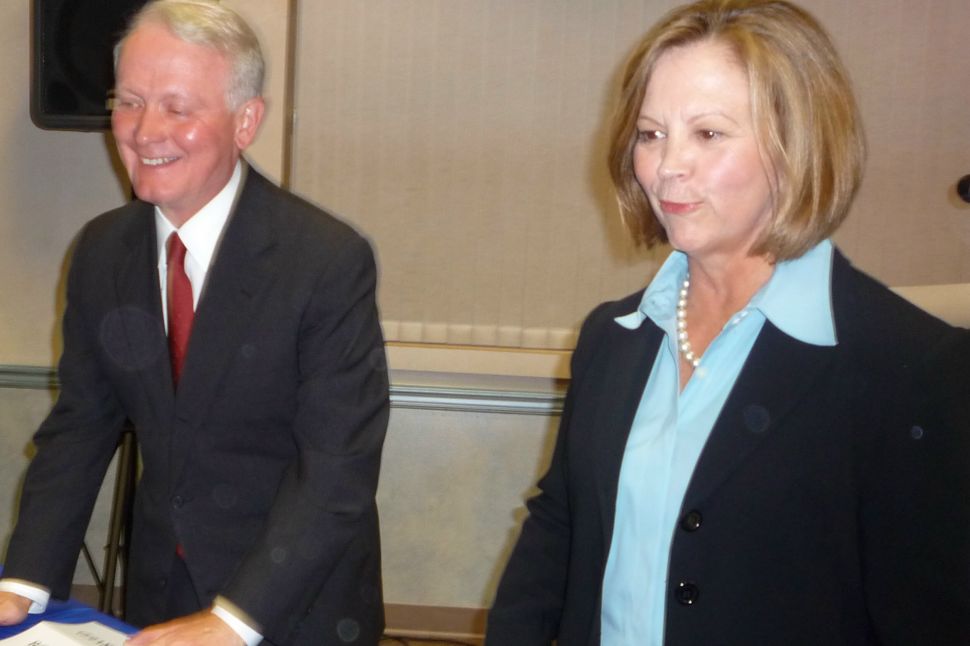