It's a battle cry sounded by the Republicans on the issue of energy.

But Gov. Jon Corzinedenounces the "Drill baby, drill" philosophy as a monothematic way to furtherAmerican dependency on oil, at odds with a multi-pronged approach, in whichdeveloping other energy sources, including solar, wind and biofuels, is foundational.

Corzine made the comment today in a conference call with reporters.

The governor's presidential candidate, Sen. Barack Obama (D-Ill.) says he would support offshore drilling only if it's part of a larger and broader approach to developing alternative energy sources, and eschews a drilling-first approach favored by his opponent, Sen. John McCain (R-Ariz.).

On the economic front, in defense of Obama, the governor said middle-income earners making under $150,000 would see a tax cut of $1,000 under Obama’s plan.

"Most New Jerseyans would see a tax cut," said Corzine.

He hailed his presidential candidate’s proposal of a stimulus package, which would funnel $25,000 billion to the states to address with declining revenues, in Corzine’s words, "owing to the Bush recession."

An additional $25 billion would go toward roads, bridges, and schools to create jobs now.

Obama, said Corzine, is committed to strong oversight and financial regulation of markets.

Finally, Corzine celebrated Obama’s energy program, which he said would "broadly support efforts we have to build jobs with wind, solar and alternative energy." 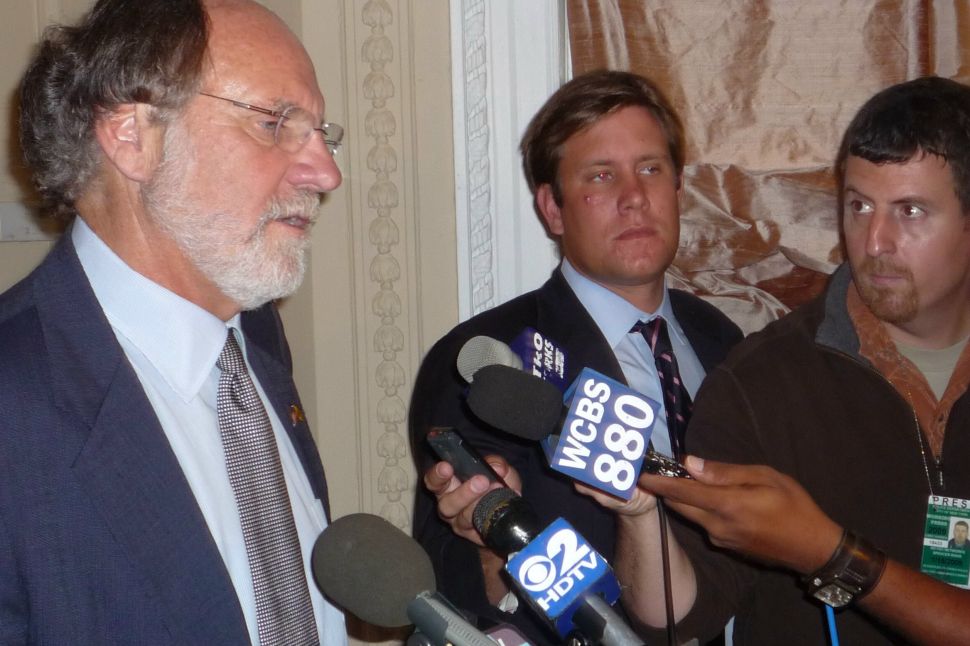