TRENTON – Wall Street is melting down while President George W. Bush fundraises in Colts Neck for candidates who will continue his failed policies, argued Democrats at a Statehouse press conference this afternoon.

"My opponent agrees with George Bush that privatization is something we should be pursuing," Stender said of her 7th DistrictGOP opponent, state Sen. Leonard Lance (R-Hunterdon).

"instead of the president talking with people in New Jersey about trust in the system, he's here helping Leonard Lance," Stender said.

A $10 billion a-month war in Iraq. A $700 billion bailout package for Wall Street. These are the dual legacies of Bush, the Democrats argued.

In addition to Lance, Bush plans to raise money today for 3rd Congressional District candidate Chris Myers, who serves as mayor of Medford, and who is fighting state Sen. John Adler (D-Camden) for a chance to succeed U.S. Rep. Jim Saxton.

The president's Colts Neck fundraiser is located at a private home in Colts Neck, which sits in Smith's congressional district.

"What a perverse irony," said Cryan."We are in the midst of an economic crisis of historic proportion and George Bush comes to New Jersey to raise campaign money for Republicans who support his economic policies. No wonder they want to keep the event private. It serves as a reminder of who is to blame and as a warning that little will change if Bush Republicans such as Mr Myers and MrLancego to Washington." 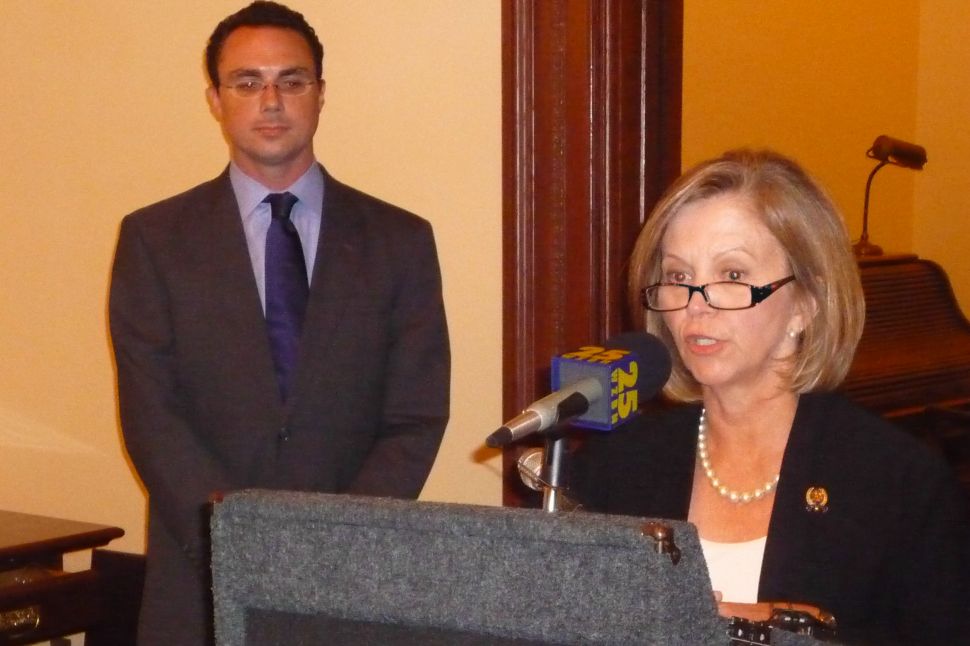