Bush has a 15 percent job approval rating in New Jersey, according to Strategic Vision.

Only too happy to exploit the president’s toxicity here, Mark Warren, spokesman for state Sen. John Adler (D-Camden), Democratic candidate in the 3rd Congressional district, criticized Republican adversary Myers for allowing Bush to come in and raise money for him.

Still, he said the news didn’t catch him off guard. In the most recent fundraising reports, the Republican candidates trailed their counterparts by wide margins.

"It’s no surprise at all," said Warren. "Mayor Myers has been getting his campaign playbook from George W. Bush and Karl Rove. The principle point of Mayor Myers’s energy policy is extensive tax breaks for big oil companies.

"Mayor Myers has been operating out of the Bush-Rove playbook since day one," Warren added. "I’m not surprised that president is coming to New Jersey himself to save the flailing campaign of his attack dog Chris Myers. It was never a matter of ‘if,’ it was only a matter of when."

Asked last night at their Mount Holly debate about when – if ever – he had bucked his party’s leadership, Myers said he wrote a letter to Bush arguing for why Sen. Jim Webb’s (D-VA) GI bill deserved the president’s support.

The bill, which Bush initially opposed, substantially raised the amount of college aid available to Afghanistan and Iraq War veterans. Bush ended up supporting the bill before it passed overwhelmingly in the U.S. Senate.

Myers jokingly took credit for bringing Bush around on the issue.

Contacted for a comment tonight, Myers campaign manager Chris Russell issued a retaliatory statement -form-fitting Adler to the will of Gov. Jon Corzine.

"Career, tax and spendpolitician John Adler has been nothing more than a rubber stamp for Jon Corzine’s failed agenda in Trenton, and now his campaign is being bankrolled by thedo-nothing politicians and corrupt special interestsin Washington," Russell said."Chris Myers is a decorated combat veteran, job-creating businessman and tax-cutting Mayor who can't be bought and won't be bossed – least of all by a President who will be out of office by the time Chris is sworn into Congress next January.Chris Myers is the only candidate in this race capable of bringing real change toCongress, and the hundreds of people supporting him at this event will help spread that message to voters across the 3rd Congressional District.”

In the 7th Congressional race between Lance and Assemblywoman Linda Stender (D-Fanwood), the Democrat has been running ads against Lance that tie him to big oil.

"Leonard Lance has been saying he’s independent and that he goes against his party, while we’ve been making the case that he is a Bush Republican, and in terms of his energy policy, which includes taking money from big oil, he just represents more of the same," said Stender spokesperson Irene Lin.

If Bush and big oil are the soft targets for the Democrats, Lance’s campaign for weeks has demanded – to no avail – that Stender return campaign contributions from embattled U.S. Rep. Charles Rangel (D-NY), who last week ate another damning New York Times headline about his failure to disclose ownership of a Dominican beach house, for which he receives about $75,000 annually. 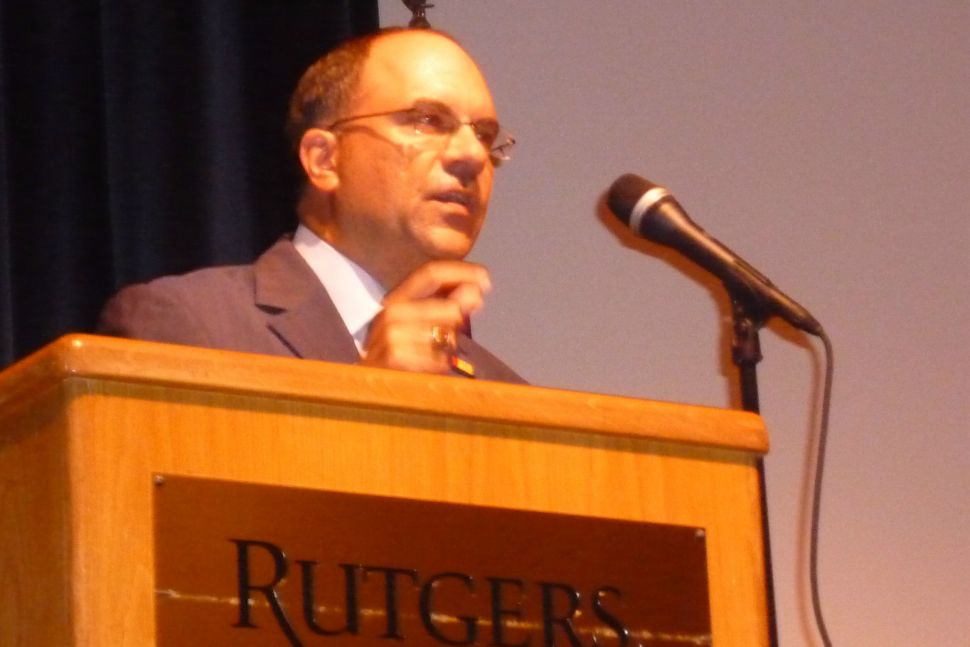