PASSAIC – The arrest last week of Passaic City Councilman Gerardo Fernandez on corruption charges dredged up the Sammy Rivera era again in the middle of a mayor’s election.

A candidate for mayor, Councilman Joe Garcia was on the governing body when the now disgraced and jailed Rivera told an FBI plant that he could deliver four votes on the City Council in favor of a dummy insurance contract.

Garcia defenders say Councilman/mayoral candidate Garcia was not one of Rivera’s sure bet votes, but rumors persist.

An indictment already identified Councilman Marcellus Jackson as one of the council people implicated in the failed Rivera scheme. Former Councilman Jonathan Soto was also implicated.

Last Wednesday morning, feds arrested Councilman Gerardo Fernandez on charges of agreeing with Rivera and Soto in private conversations to vote against another insurance contract, and then committing perjury by denying the conversation took place.

Tonight, a defiant Fernandez tonight proclaimed his innocence and vowed to fight the federal charges.

"I intend to remain on in my capacity as a councilman," Fernandez told the crowded council chamber on Tuesday evening. "I look forward to being vindicated with time. The U.S. District Attorney’s Office chose to have me arrested in front of my own home, like a common criminal at 6 a.m.

"From the bottom of my heart," he thanked the people in the community who he said have stood by him throughout his ordeal.

Garcia sat next to him on the council dais. He had told PoltickerNJ.com earlier today that he didn’t have time for an interview.

One of his opponent’s in the mayor’s race, School Board President Vincent Capuana admitted he’s heard the rumor about Garcia’s role on the council during Rivera’s reign. 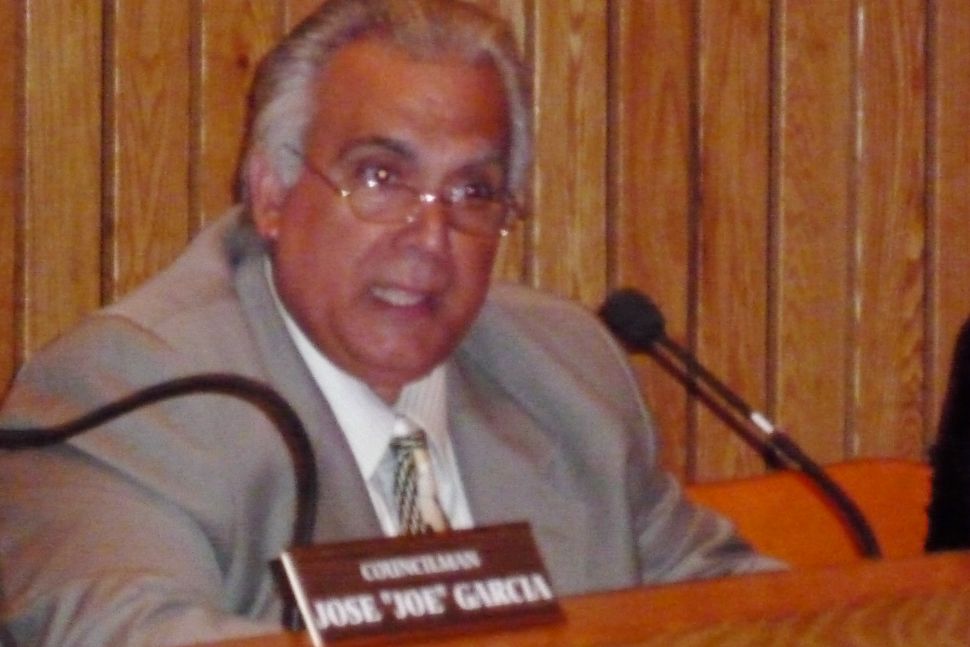