"Every night for 18 nights we will have people from a different town in Somerset County in here making calls for Sen. McCain, supplemented by women making targeted calls on Wednesdays and veterans calling people on Tuesdays," said Roughneen, who serves as the McCain campaign’s coordinator for Somerset County.

Roughneen, a Watchung lawyer who ran for Congress unsuccessfully in the 7th District earlier this year, is a longtime McCain supporter.

"I’ll sleep easy on Nov. 4th, but not before," he said. "It’s very personal. This guy’s a hero. John McCain put his neck on the line so that we’d win. Yes, I’m talking about the surge strategy in Iraq. People said he was crazy. But this was a disaster in Iraq, and he stood tall for the surge strategy. I wouldn’t have done it. I didn’t see it. But he did."

Two women – Carol Dragon and Alice Ann Mason, both of Bedminster – made calls out of GOP headquarters on Main Street in late afternoon.

They’re both McCain fans who also feel Bush got a bum rap during his presidency.

"He couldn’t pass a note to Condi Rice at the UN to take a bathroom break without the press jumping all over him," Dragon said of Bush.

Roughneen said he hopes to get more volunteers in the coming days to bolster turnout in this base Republican county.

"Our first Tuesday was a little weak," he admitted, referring to Tuesday afternoon’s head count. 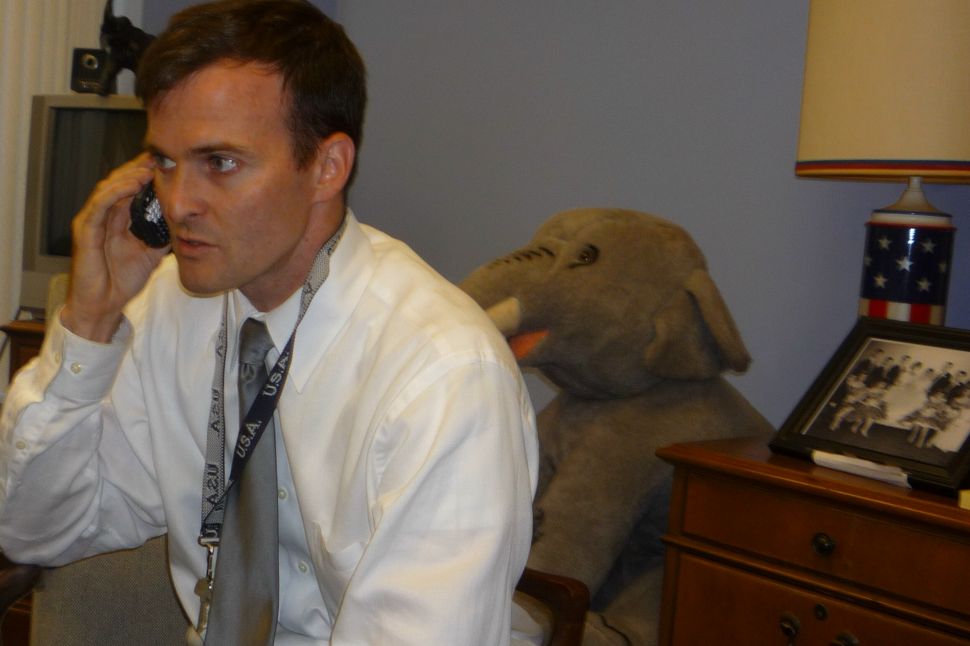