TRENTON – They think she’s getting a bum rap early because she’s a woman, and rather than languish on the sidelines, senators Diane Allen (R-Edgewater Park) and Jennifer Beck (R-Rumson), and Assemblywoman Alison McHose-Littell (R-Franklin) made a statement today of Republican unity on behalf of Alaska Gov. Sarah Palin.

Calling themselves "Palin’s Truth Squad," the three legislators stood up for the Republican nominee for vice president, arguing that Palin’s success and home state popularity contrast sharply with that of New Jersey Gov. Jon Corzine.

"Look at her public policy on spending," said Beck. "Alaska is a more self-sufficient state. In his first year as governor, Jon Corzine raised spending. (In contrast), she is taking the right steps."

The women presented their remarks at a Statehouse press conference with borderline outrage over the way the media has to this point treated their party’s number two pick.

"For those of us who have the courage to put our name on the line, we don’t deserve unfair treatment," McHose said.

It’s not only the media, she said.

"Some of Barack Obama’s surrogates have hit below the belt," said the assemblywoman. "They’re running scared."

The Palin put-downs hit close to home for these women, particularly Allen.

Allen recalled being hired as a news director at a small radio station 40 years ago. She remembered the abrupt end to male conversation when she walked in the room; the awkwardness.

"No one knew exactly what to do with me," said Allen. "I hope we can get to the point where we can deal with the idea of a woman running for high office."

It’s the needling suggestions of inexperience that lead the women to conclude that the press and the Democrats are using code words to diffuse Palin’s candidacy on the basis of gender. Allen pointed out that Teddy Roosevelt had served as governor of New York for less than two years when the GOP tapped him as a vice presidential candidate.

For its part, the Obama campaign side-stepped the GOP press conference with a "no comment," and a shoulders-shrug argument that the pro-life Palin doesn’t play in New Jersey. 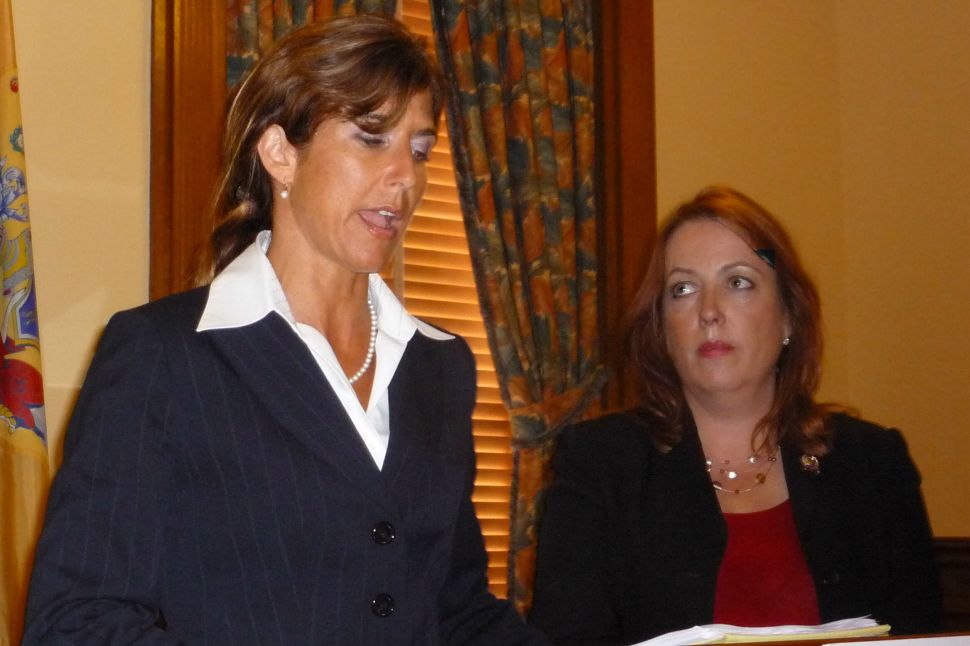