PASSAIC – Just over a week ago he was somewhere in the middle of a crowded pack, barely distinguishable among the other contestants running for mayor. But from the standpoint of the Latino vote, which constitutes a little over 50 percent of the Passaic electorate, Councilman Joe Garcia’s the man right now.

At first it looked as though there were going to be three Puerto Rican candidates in the race: Ritzy Morales, Maritza Colon-Montanez and Garcia.

Then Morales dropped out on filing day, and two days later, Colon-Montanez aborted her own campaign and threw her support to Garcia.

That hit hard two men in the rest of the five-man field: Jose Sandoval and Alex Blanco.

The Dominican candidates won’t admit that the sudden moves by the Puerto Ricans produced any impact on the contest. Ask them about Morales and Colon-Montanez and they smile and shrug. No big deal. They weren’t going to do much anyway.

But the absence of the two Latinas makes Garcia the only Puerto Rican in the race, and arguably the strongest Latino.

At least on paper.

If there are roughly 2,000 registered Puerto Ricans in Passaic now,

that’s potentially a 1,450-vote head-start for Garcia, assuming Blanco and Sandoval split the 900 base Dominican votes; and of course, assuming Passaic voters cast their votes along strictly ethnic lines.

Sandoval and Blanco offer their own reasons for why it’s a mistake to count them out, even as the pair of upstanding American Dream cross over candidates (by all appearances), remain intent on knocking each other off.

Although he doesn’t play up the fact that he’s a Republican, and reminds anyone who will listen that the race, after all, is supposed to be nonpartisan, Sandoval has the Bret Schundler factor in his favor.

Busted last year for taking a bribe, deposed Mayor Sammy Rivera left his fingerprints all over City Hall, much the same way that Gerry McCann, stewing in a federal pen after getting tossed out of his mayoral post in Jersey City, abandoned a city still in the throes of his administrative influence. Two councilmen have also been arrested in connection with the Rivera case. Marcellus Jackson went down a year ago, and FBI agents arrested Gerardo Fernandez last week on charges of perjury and obstruction of justice.

It’s a city in turmoil, and with Fernandez freshly in handcuffs and leg-irons, whispers abound in Passaic right now about who’s next.

In Jersey City in 1992, Schundler the private enterprise egghead with no ties to local government won on a throw-the-bums-out backlash.

For years the political outsider in his own city, Sandoval could be the Schundler of Passaic. And he’s far less culpable than Garcia, School Board President Vincent Capuana and even relative newcomer Blanco, he argues. (The fifth man in the race is African American bail bondsman Carl Ellen).

"These people don’t have any programs," says the 55-year old Sandoval, who’s repeatedly run for but never held public office, taking a two for one punch at Blanco and Capuana.

"Capuana has served 13 terms on the School Board, and Blanco has served one full term," says Sandoval. "Our ranking among New Jersey schools is 547. I’m not very proud of that. If you come here on a weekday around 2:15 to 2:30, you’ll see young people hanging around the street with nothing to do."

The city needs a recreation center, bowling alley and movie theater, he says. Sandoval with his real estate development background maintains that he could provide the catalyst.

He’s built his campaign methodically, over a period of months. In mid-summer, he was organizing in a room behind his house.

"We moved out of there," says Sandoval, taking a break from playing ball with his children in his backyard on Sunday. "It was too small. Our numbers are growing."

Then there’s Blanco, a 36-year old doctor and family man, who’s a third of the way into his second term on the School Board after narrowly winning re-election.

"I’m not a politician, but I know I have good leadership skills that have guided my life," he says. "I am humble man, who wants to use the same skills I use to help my patients to help the citizens of Passaic."

An immigrant who moved to Passaic when he was 12, Blanco returned to the city of immigrants when he became a podiatrist.

"A lot of Passaic college graduates leave town, but my thought was you’ve got to give to the community and help the kids who are in the public school system," he says. "I want all of the kids to have an equal opportunity."

He’s at a backyard merengue barbecue on Madison Avenue, at the home of a supporter. Many of the cars parked near the house have back window posters with Blanco’s face on them and the words: "Honesty in action for Passaic."

"Rivera left a gap," Blanco says of the disgraced former mayor. "What we need in Passaic is someone who really wants to serve the public and give something back."

He says Acting Mayor Gary Schaer has provided what Blanco describes as a "great starting point" with beefed up ethics legislation.

And potentially a king-maker in the mayor’s race.

There are roughly 2,000 Orthodox Jews who vote – and vote religiously – in Passaic. Schaer still won’t publicly commit to Blanco, but sources say he could be close to making a move if he sees more eye-of-the-tiger coming from the Blanco campaign.

"I’m taking the month of October off just to focus on the mayor’s race," says a determined-sounding Blanco.

Fretful followers wonder if the strategy won’t prove Rudy Giuliani-like in its late breaking effect. They worry it could be too little too late in a field where Garcia, Capuana and Sandoval have been running solid campaigns for months.

Blanco insists he has, too.

"We’ve been having barbecues like this all summer," he says.

A Schaer endorsement; plus a pairing with Passaic Democratic Party family scion Kenneth Lucianin, who’s running for city council; plus the Obama factor (a strong showing in this Democratic Party stronghold for the youthful presidential candidate could boost the young doctor) could be the pieces Blanco needs to power past Sandoval – and even Garcia.

He received the endorsement of the PRD, the Dominican

Revolutionary Party, with 200 members in Passaic, and on Sunday heads to Union City in between public events and time at the barbecue, to try to get support from Democratic Party powerhouse Mayor Brian P. Stack.

But the other pieces aren’t there.

And even if he can shoulder his way past Garcia, there remains the formidable person of city super Capuana, the Sicilian immigrant, whose roots go back 50 years in Passaic, a generation earlier than the Latinos.

Six weeks until Election Day, as usual, it’s tough all over in Passaic. 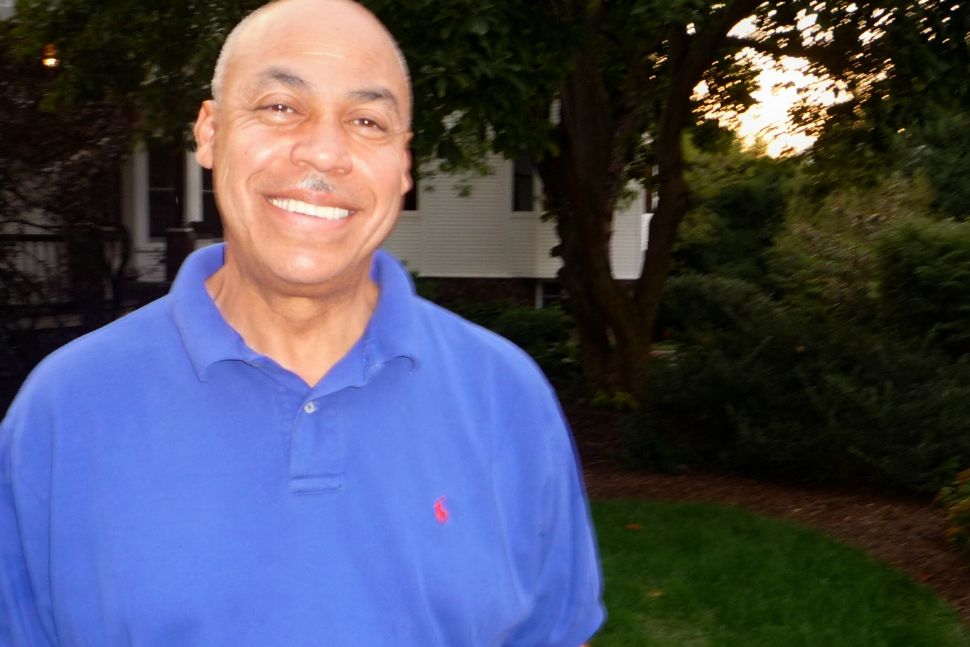