In their ongoing war of words in the 3rd Congressional District, state Sen. John Adler (D-Camden) and Medford Mayor Chris Myers at least vigorously agreed that the partisanship needs to end.

Then each continued to wale on the other, blaming trickle down economics and bad government practices respectively as the source of the Wall Street financial crisis.

Characterizing the actions of a deadlocked U.S. Congress, Myers used the word "bickering" and Adler used "finger-pointing," as they stuck to their essential positions. Myers would have voted against the bailout package as it currently stands, while Adler suggests he would have voted in the affirmative.

"My problem with the legislation that failed in Congress today is that it apparently lacks any provision which would prevent unscrupulous lenders from turning around and using this $700 billion to go out and write more bad sub-prime loans," said Myers in a statement issued on Monday, parting company with U.S. Rep. Jim Saxton (R-Burlington).

Adler didn’t disagree that basic principles must be in place, but bemoaned Congress’ inability to take action on Monday’s bailout bill.

"Congress must pass a bill that puts our financial system in order while providing the safeguards required to protect taxpayers from bearing the brunt of this turmoil," he said in a statement.

While the state senator and small town mayor similarly advocate government action to mitigate the crisis, Adler wanted to be clear that he denounces the hard-right economic policies he identified as the reason the country’s facing a fiscal meltdown. He got in a solid dig even as he embraced bipartisanship in the next breath.

"Although it is clear that the dire financial situation we find ourselves in was a direct consequence of House Republicans refusing to help clean up the mess that President Bush and Wall Street have created, both parties are obligated to find a solution that serves all Americans, creates sensible oversight, and ensures this never happens again," Adler said.

Refusing to shoulder the blame as a free market apologist, Myers fired back squarely at Adler, identifying the man he regularly describes as a "career Trenton politician" as a prime culprit.

The Myers campaign charged Adler with first voting in favor of a tough anti-predatory lending law, before backing down and supporting a weakened version when he began to receive campaign contributions from subprime mortgage lenders and their lobbyists.

"The Wall Street Journal details exactly how Adler rolled back consumer protections in the original law to benefit unscrupulous mortgage lenders that contributed to his campaign; lenders who then turned around and preyed on middle class families chasing the dream of home ownership by selling them loans they could not afford," Myers said. "Now thousands of those people are in financial ruin and our economy is in the midst of an historic crisis."

"Laughable," campaign manager Mark Warren said in response to the hit. "John Adler has raised almost $2 million, 70 percent of which has come from New Jersey sources. Chris Myers brought the President of the United States in here, and has pledged his support for Bush’s policies and tax subsidies for big oil companies."

For Adler’s part, Myers lost all credibility as he repeatedly insisted throughout the campaign that the economy is in solid shape. 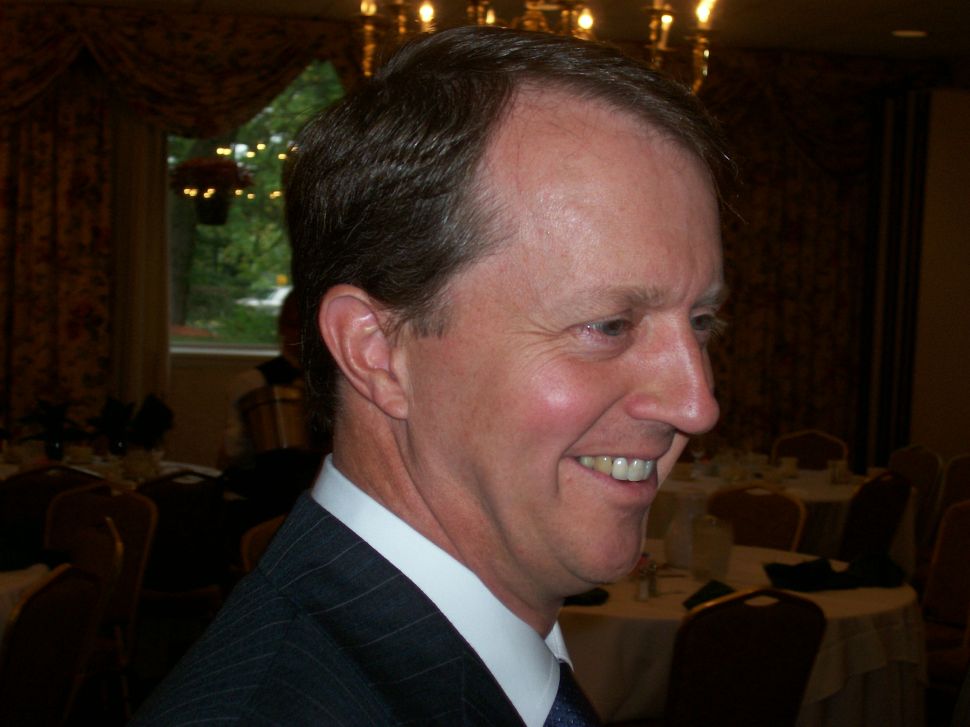