PASSAIC – If body language is one of those factorsobservers use to score debates, on Sunday evening they could at least imagine four mayoral candidates frantically typing answers to questions posed by a moderator at Passaic Jews.com.

"Arranging an online chat session with mayoral candidates is one of the crazier things I've done in my life," admitted debate organizer Moshe Feigin in an email written shortly after the conclusion of the two-hour forum.<img src="http://observer-media.go-vip.net/wp-content/uploads/sites/2/2014/07/sandoval.jpg" title="Real estate developer Jose Sandoval" description="Politi" class="alignright" width="213" height="142]</p><p>The public could make judgements about the various candidate’s speed in response, as answer after answer appeared on screen, registered by physician Alex Blanco, School Board President Vincent Capuana, and real estate developer Jose Sandoval on a broad range of topics. </p><p>Citing a family emergency, bailbondsman Carl Ellen did not participate in the online debate. </p><p>The questions mostly went to nuts and bolts operations of the City of Passaic. In repeatedly advocating school vouchers as a way of trying to improve local educational opportunities, Sandoval parted company from his rivals.</p><p>

Sandoval and Garcia want more police substations in the city, and Sandoval made a point of saying he wants to make sure people of all ethnic backgrounds are employed at the police department. He also wants to televise the city council meetings.

"As mayor, I will be representing the citizens of Passaic," wrote the former School Board president. "It is my duty to have open communications with higher elected officials such as assemblymen, congressman and senators that represent our interests to provide our citizens with the best opportunities available."

To a question about whether he plans to address the day laborer issue in the Home Depot area, and whether he believes Passaic Police should assist Immigration and Customs Enforcement (ICE) on raids, Garcia pledged "to make sure that Passaic is safe for all residents, not just immigrants."

Capuana has consistently pointed out that because the next mayor will serve only in an interim capacity before elections for a full four-year term next May, he is hesitant to make campaign promises.

"Let’s try to be realistic," he wrote. "There are things that the mayor and the city council can do to alleviate the problems that we currently have in the city. The most important issue facing our city at this time is honesty and integrity in our elected leaders, and that is something I intend to work on within my first moments as mayor."

Participating in the Jewish forum on the eve of Rosh Hashanah, Sandoval took the opportunity to sprinkle his comments with Hebrew references.

"I have learned from my brother, Pierre, that during Rosh Hashanah, Jewish people reflect about Moses going to the mount, and receiving a vision for the people," he wrote. "I, too, have a vision for the City of Passaic. The Sandoval Administration will restore confidence and trust in government, stabilize property taxes, increase educational opportunities for our youth, and support local businesses and enhance economic development in Passaic. Thank you, and L'Shana Tova." 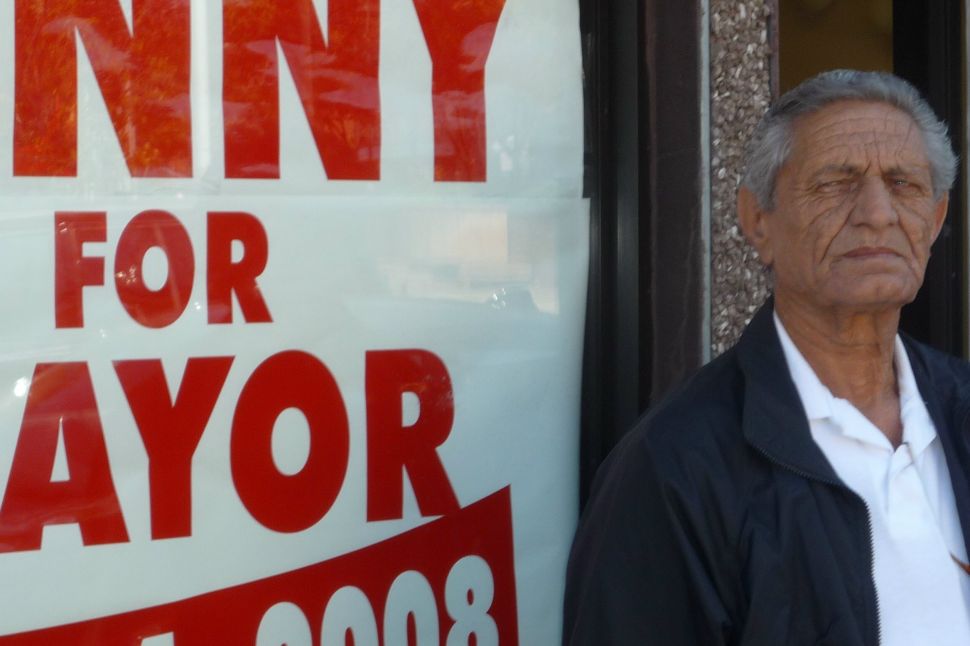