In the Division of Elections Office at the William Brennan Court House, Hudson County Clerk Barbara A. Netchert put the names of the five mayoral candidates in small plastic tubes and then placed the tubes in a revolving holding chamber.

The clerkspun thebox a number of times before withdrawingSmith's name first.

Smith's name occupiescolumn "D" on the ballot, in a special box where the mayoral candidates are bracketed. Richard Rutkowski is in the "E" column, followed by Robert F. Sloan, and Raymond Rokicki.

Conaghan, a retired judge whom internal polls from his campaign show to be in a dead heat with Smith, occupies column "H" on the ballot. 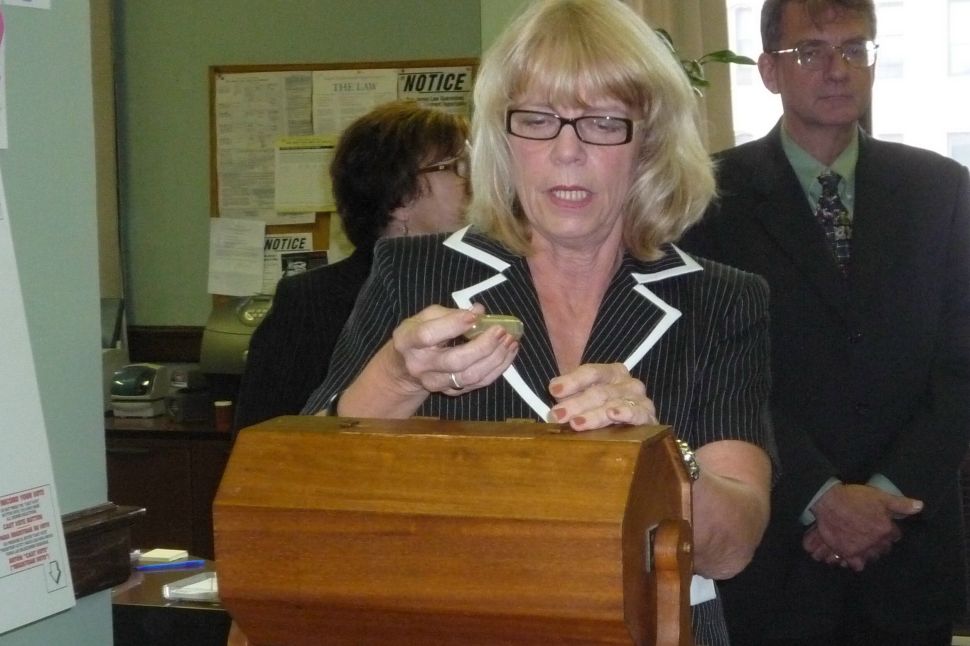