WEST WINDSOR – The sense here on Saturday is the presidential race is no longer deadlocked nationally.

So when State Democratic Chairman Joseph Cryan asks the crowd of 260 Obama canvassers to demonstrate an upbeat mood, they respond with full-throated gusto in the packed headquarters of Obama’s campaign headquarters.

No one committed to a candidate in this cycle lets pass an opportunity to celebrate the good fortune of his or her presidential aspirant, be he Sen. John McCain (R-Ariz.) or Sen. Barack Obama (D-Ill.).

To hear the media tell the story, the fortunes appear too transient.

If this event occurred a week ago, the mood would have been borderline gloomy. But today Washington is mulling a $700 billion bail-out package for a flat-lining Wall Street and Sen. John McCain – longtime champion of deregulation in the private sector – also lugs a five-day old burden of suggesting that America’s economy is fundamentally sound.

"We need Obama if we want real change," says Sen. Shirley Turner (D-Mercer). "All of a sudden McCain and his running mate have a change message. But this is John McCain, part of the Keating 5. …I haven’t seen government (under the leadership of the Bush administration) bailing out homeowners whose homes have foreclosed, but they’re bailing out Wall Street firms. Taxpayers are paying… to clean up this mess."

It’s an Obama week, an Obama moment, and this is not only Democratic Party territory but specifically Obama base country: an organic compound of Mercer County’s African-Americans and students and white collar libs, where the presidential candidate beat Sen. Hillary Clinton (D-NY) in the primary.

"It’ a great time to be a Democrat," says freeholder candidate John

Cimino, only too happy to seize hold of new Democratic voters on Election Day.

But just before the adulation soars irretrievably, Cryan does a gut-check. Maybe it’s to cover himself. He’s been around. He knows the dangers of demagoging the moment. If you get cocky in politics the fates may pull a sudden turnaround and pin you cruelly to words spoken unequivocally a moment earlier.

"Three out of four polls show us up by only three points in New Jersey," Cryan reminds the crowd. With the economy, the war, and Bush, "It’s inconceivable that it’s this close."

But apparently it is.

"Yes, there are debates, and I can’t wait to see Barack Obama kick John McCain’s ass in those debates," Cryan says of a Friday night foreign policy showdown between Obama and McCain.

But everyone has to be out there banging on doors. "If you talk to ten people, you’re going to convince one of those ten people to vote for Obama. That’s proven. So we have to keep getting out there."

Stepping out of a crowd that includes county party chair Rich McClellan, congressional candidate Josh Zeitz, and Mercer County Executive Brian J. Hughes, Turner backs up the chairman on this point. He introduces the diehard Obama supporter as "Obama girl."

"I wish I were," says the senator, who admits she’s better suited to the title "Obama Mama."

"This is going to be a hard-fought election," she says. "Every state in this election is a battleground state. We cannot be fooled by four more years of John McSame. We need to get as many people registered as possible between now and (the deadline) Oct. 14."

At the official opening of a headquarters that’s been open unofficially since late summer, this group in West Windsor is one of several that convenes this weekend, either to canvass or to participate in phone-bank and GOTV training.More than100 trained at labor headquarters this morning in Newark. Sunday, an Ocean County team will train.

"There are over 30,000 people in the state who have done some sort of volunteering for this presidential race," says Michael Muller, head of the coordinated campaign, whose office in headquarters here stands on the opposite side of the single-story office building from that of Tricia Mueller, campaign state director.

They’re not working with a lot of money. Other states deemed battle grounds get the lion’s share of that, and against the backdrop of shoestring toiling in the face of polls that don’t handily favor Obama in New Jersey, this day proves especially rewarding for Mueller.

"It’s an encouraging sign for me, because I know we’re going to win," says the state director.

In deed, the crowd does not remain subdued for too long.

They can’t stifle their enthusiasm. Specifically, they can’t resist the image of President George W. Bush landing in Colts Neck on Monday for a Republican fundraiser. White-knuckle GOP congressional candidates arguing their independence now require Bush to fill their coffers in the 7th and 3rd district with a big dollar dinner hour bailout.

That only further fuels the Democratic Party’s change mantra.

"If you supported Bush, you voted for Bush, you’re bushed in this election," says Turner.

Wall Street, the economy and Bush – and McCain.

But polls still give McCain a double digit lead over his Democratic rival on the commander-in-chief question, so naturally his surrogates seize any opportunity to break the Wall Street-economy-Bush stranglehold on the news cycle.

They issue a Saturday statement on the Wall Street disaster. But they follow it up with a release concerning the terrorist attack on the Marriott Hotel in Islamabad, Pakistan.

"Today's bombing must serve to deepen the resolve of Americans and Pakistanis alike to aggressively confront those terrorist groups that seek our destruction," says the Republican presidential candidate in a statement. "While no organization has yet taken responsibility for this act, it is well known that Pakistan faces an enduring threat from violent Islamic extremism. We must work with the elected government of Pakistan to find those responsible, hold them accountable, and diminish their ability to threaten us and our allies in the future. It also serves as one more demonstration of the need for the next President to work closely with our partners and allies in order to counter the dangers posed by radical Islamic extremism."

It’s not enough to break the mood here. Not today.

But that could change. 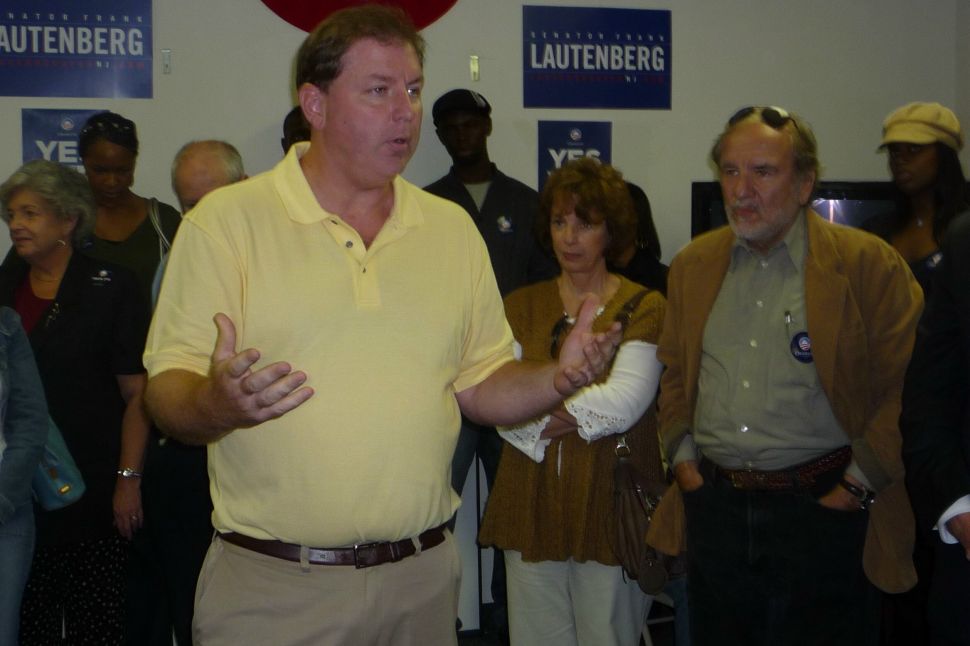