TRENTON – Since the Democratic Congressional Campaign Committee last week listed the 4th Congressional race as one to watch, Democratic challenger Josh Zeitz hasreceived, on average, cash commitments of$10,000 per day for his campaign, according to spokesman Steven D’Amico.

"It’s more than what we were getting before," said D’Amico, who wouldn’t specify exactly how much more.

Bolstered by the cash infusion, Zeitz took the floor at Saturday’s Obama HQ opening and declared that Nov. 4th will usher in a Democratic sweep.

Zeitz, who said he opposed the war in Iraq from the beginning, recalled how the Bush administration told the American people that the war would pay for itself.

As he goes door-to-door in the district, the longshot candidate who faces a veteran in Smith, said he regularly encounters working people who are having a harder and harder time making ends meet, while the war continues at $10 billion a month and Wall Street crumbles.

"The economic squeeze has become a vice grip," Zeitz said.

On the campaign trail, he says he has met young people "who have had to defer the dream of a college education.

"Fundamentally, something has to change," the candidate argued. "Leonard Lance and Chris Smith, by accepting Bush’s help, show they would be excellent foot-soldiers."

Of the federal government’s proposed $700 billion bailout package for Wall Street, Zeitz said the plan must be vetted very carefully, particularly given the Bush administration’s history when it comes to trying to solve problems.

"Before billions are spent, we need to know exactly how this plan operates and what the conditions are," Zeitz said. 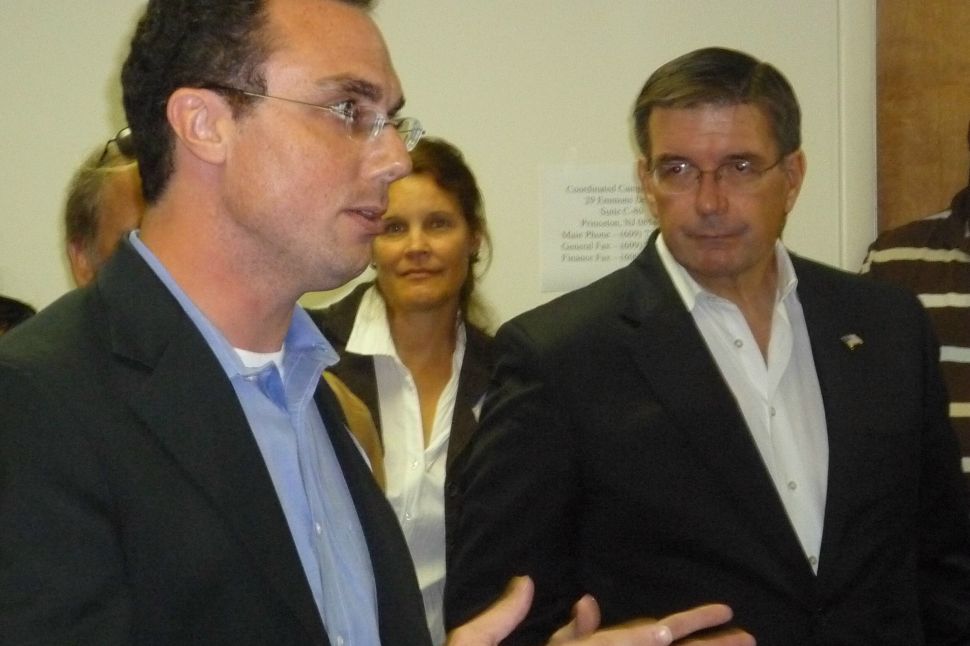