NEWARK – The old guard's gauntlet down, Mayor Cory Booker seeks to stem the local lossesof the past few months by making a stand with the campaign of Central Ward Council candidate Eddie Osborne.

One of 13 candidates seeking to replace ousted Councilwoman Dana Rone, Osborne this week said he didn't know if he would receive Booker's backing.

"But I definitely would like to have it," he told PolitickerNJ.com.

Even though a lot of candidates are contending, Booker's official entry into the race will have the immediateimpact of heighteningasteadily building rivalry between the mayor and the muscle behind Bell.

The news hasn't been all bad for the mayor.

Nowthe mayor'sforces hope the dual branding of Obama and Booker on Election Day will catapult Osborne onto the council and demonstrate a perfect blending of national and local strength.

But his local Democratic Party antagonists are determinedto have that morning-after Election Day headline deflate the mayor's spirits by undercutting what they want to be an Obama victory with a big Bell win in Newark.

Such an outcome wouldn't bode well for the mayor in the long lead-up to the 2010 re-election. 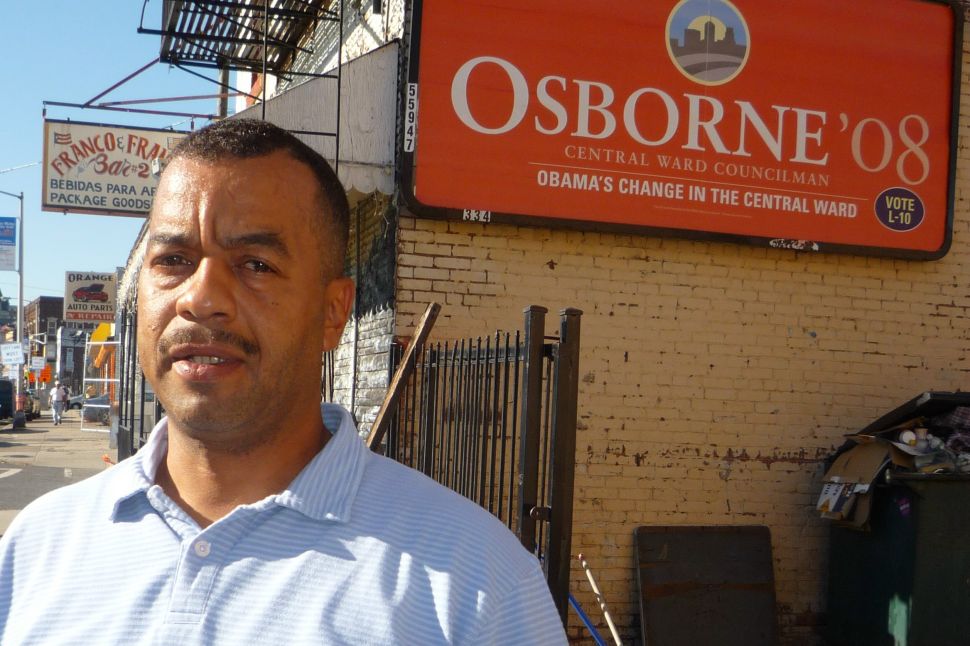