MANALAPAN – The issue of money comes up, and the Republicans are determined to depict Glenn Mason and Amy Mallet as the drones of a Democratic Party machine mobilized at the frontier of Monmouth County.

Republican John Curley, a former Red Bank councilman who now resides in Middletown, admits he’s struggling in his quest for cash in this freeholder race.

“I’m flat broke,” Curley says. “I had planned initially to get money from automobile dealers. But many of them are broke. We’re doing the best we can. …I’m just trying to be as personable as I can.”

The moderator at this League of Women Voters debate in the Monmouth County Library asks Curley if he’s received any money from outside the county.

Curley’s running mate, Freeholder Director Lillian Burry, follows up with a blast at the Democrats.

Submitted on the day before their editorial board forum with the Asbury Park Press, Mason and Mallet’s joint ELEC report showed $10,000 out-of county contributions.

“It’s not ethical,” says Burry. “It may not be illegal, but it’s not the proper thing to do.”

A Burry campaign flyer released earlier this week indicates that it was paid for by the Republican State Committee,which lists a Trenton address.

To Mallet’s charge that Burry inexplicably signed off on a spending hike of $15 million before heading out on the campaign trail and calling for deep budget cuts, the freeholder director notes that Democratic freeholders Barbara McMorrow and John D'Amico approved the same budget – with the same increases.

In the wrap-up of this two-hour debate to oversee a nearly half billion dollar county budget, the shoe leather car dealer Curley speaks up for his Colts Neck realtor running mate.

“Lillian Burry is an honest, capable and hard-working person,” he says. ” I know Lillian Burry. I consider her a friend. I want to work with her on the Board of Freeholders. We don’t campaign with each other…we occasionally cross paths. I come from a community that has the demographics of what Monmouth County is all about. Lillian Burry and I not only have government experience. Lillian Burry and I have the practical experience. We have hired and fired people. I want to run Monmouth County like I run my own family business.”

Bemoaning the 13th highest county taxes in the country, according to Mallet, the Democrats want to shop for a better deal than the $40 million county health insurance contract Monmouth County now has for its 3,000 employees.

Mason and Mallet both play up their rapport in closing statements.

“I couldn’t ask for a better running mate, ever,” says Mason. “When we campaign, people see us as fresh faces, not as members of Club Monmouth. We’ve reached a crossroads. We’ve listened and we’ve produced.”

“Glenn and I have a joint campaign,” says Mallet. “We’re running this together. That’s a big difference between us and our opponents. We are continuing to raise funds.” 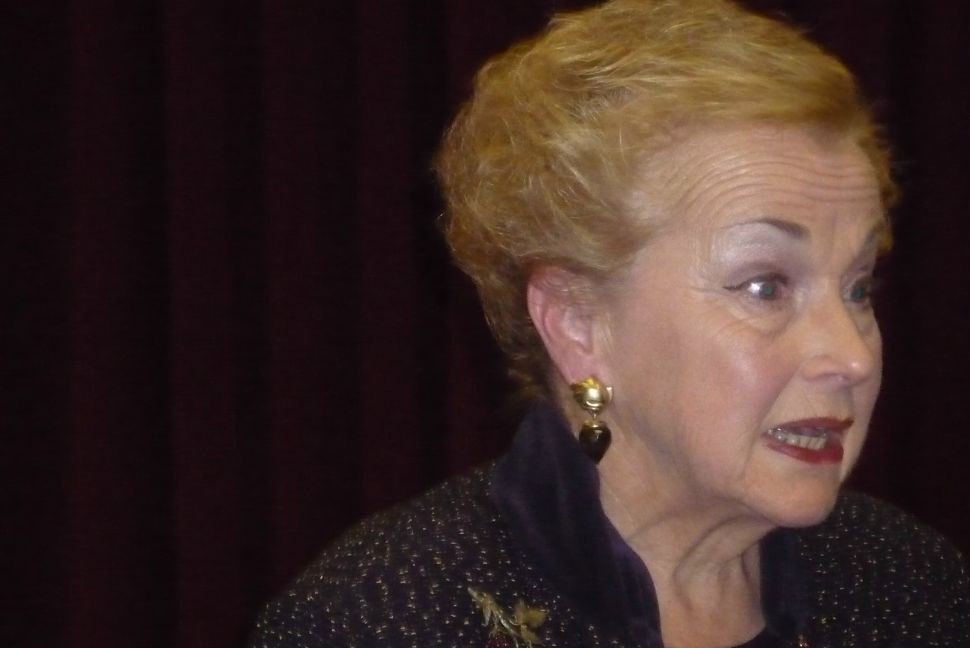