MANALAPAN – The debate is underway here between the Democrats and Republicans in this down-ballot battleground for two seats on the Monmouth County Freeholder Board, and Democrats have opened by going after the incumbent.

Taking a question about transparency in government, Mallet immediatelygoes after incumbent Burry.

"We recently learned there was a house tour in Colts Neck, put on by theHistoric Preservation Committee," says Mallet. "She used her business as a primary outlet for purchasing the tickets (to the tour)."

Curley says Mallet has "one helluva nerve" charging after Burry when she still hasn't settled debt from her Assembly campaign last year, which relied on contributions from statewide unions.

Reminding the audiencethat he'sa cop who investigated the Bid rig scandal, Mason focuses on Curley, charging his rival with using his run for freeholder to settle a score with the former mayor of RedBank.

"This present board had nothing to do with that, it's a totally new board," says the director.

"This is an historic house tour in Colts Neck," she says. "To say I benefited personally is ridiculous. The hourse that was advertised was never linked to the house tour."

Mallet goes back to Curley's criticism. 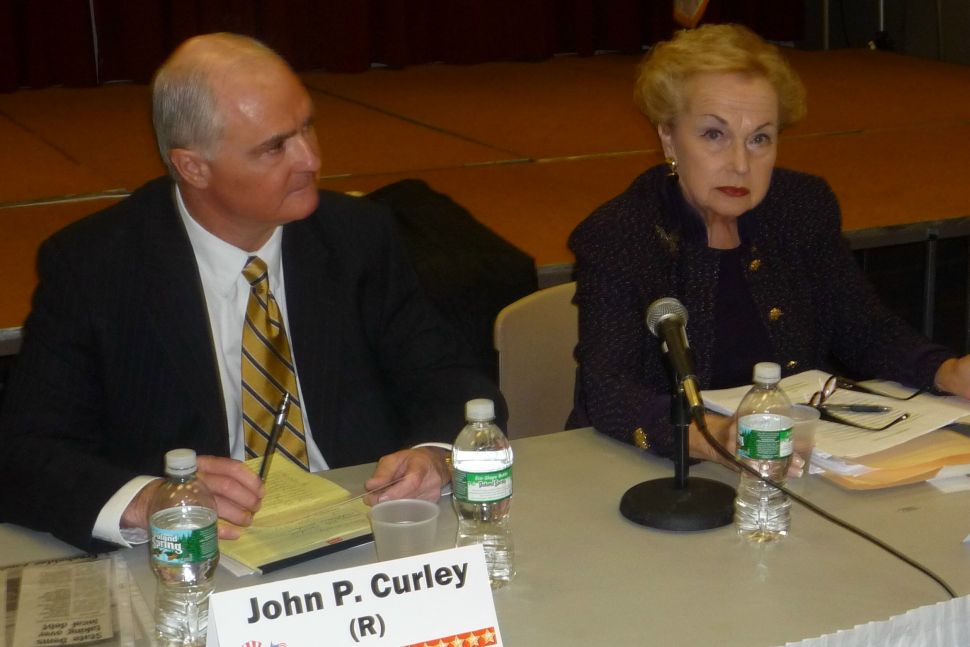