NEWARK – Getting caught in the middle of political theater involving other, bigger antagonists goes with the territory when it comes to the fledgling career of Nakea White, Central Ward council candidate.

Politics here with all of its intrigue still generally has fewer hard edges than crime.

“The number one issue in our ward is crime, especially with the recent shootings on Boyd, these are the issues affecting people,” says White, sitting in her gritty, second story campaign headquarters on Springfield Avenue. “People are scared. A woman told me the other day she’s scared that she might be the next person to get shot.”

In what is now a 15-person race to succeed ousted Councilwoman Dana Rone in a Nov. 4th special election, crime dominates the debate in this sprawling, 55,000-resident ward – the most populous in the city.

As councilwoman, White wants to help strengthen community groups so they can better complement the Newark Police Department’s community policing efforts. A realtor, she also wants to work on housing issues in the ward, and says she is committed to replacing any public housing removed for new development.

A young comer in the city championed by Council President Mildred Crump, White’s opponents try to neutralize her by pointing out that she lost in her district leader battle earlier this year.

By now it’s an old story, and it nags at the 33-year old candidate.

“Nakea couldn’t get elected district leader in her own neighborhood, how’s she going to get elected in the ward?”

White says the bogus spin ignores the fact that she lost a race to a candidate supported by North Ward Democratic leader Steve Adubato . The boss was flexing his muscles beyond his usual northern range, in an effort to take down territory in the Central Ward left up for grabs after the big come down of Mayor Sharpe James.

As Mayor Cory Booker’s candidate, White tried to fend off Adubato on one side and on the other, Rone, estranged from Booker, who also ran a candidate in the district.

Now she’s in another contest, again with the looming figures of Adubato and Booker hunkered like Deep Blue and Gary Gasparov over the vast chess board of Newark, only this time she doesn’t have the backing of the mayor.

Or Adubato, for that matter.

Crump remains with her. Now the only woman serving on the governing body, the council president backed Rone until she exhausted her appeals process in an obstruction of justice case this past summer, then stood with White.

“I see promise in her,” says Crump, the first African American woman to serve on the City Council. “As someone said to me early on, ‘they see me in her.’”

Crump says White’s knowledge of housing issues makes her uniquely qualified to wrestle with development in the Central Ward, which contains the largest number of vacant parcels in Newark.

Both Crump and White hoped Booker would support her candidacy, and the mayor considered her before finally backing labor leader Eddie Osborne against Adubato’s candidate, former Councilman Charles Bell.

“She’s committed and determined,” says Crump, herself a veteran of three losses before winning her first council contest in 1994. “It would have been easy for her to drop out of the race when she didn’t get the support, but she didn’t.”

In a short election cycle, in a large field, which includes six women, the Booker and Adubato candidates remain the big money players. 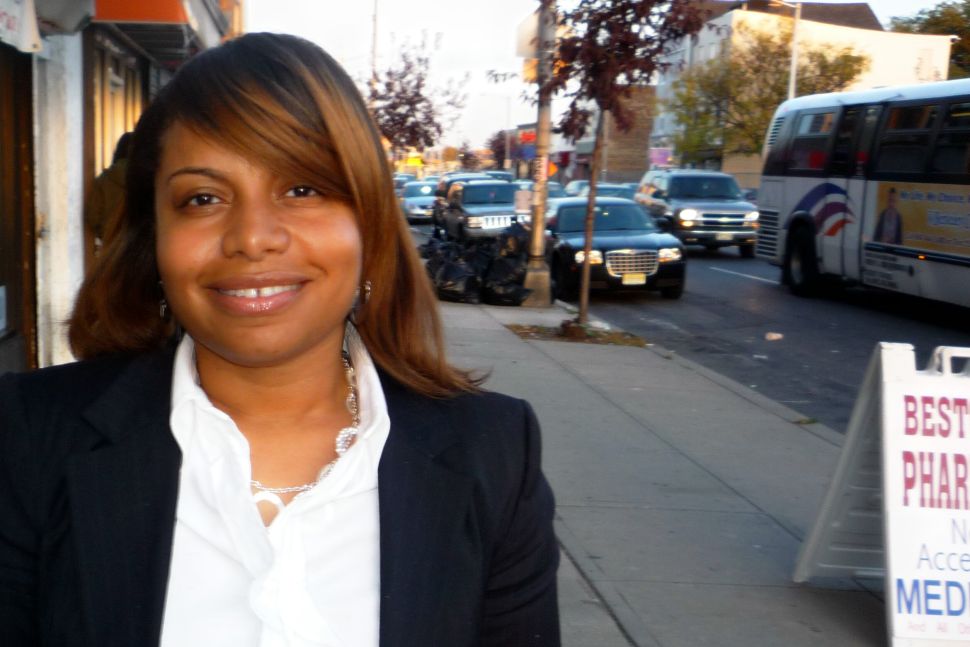