“Within the rescue bill, there is a shoring up of some of the companies that would make credit available,” said Lautenberg, sitting beside Zimmer in an editorial forum sponsored by Gannett Newspapers.

The GOP challenger stood by his opposition to the bailout bill.

“I don’t think taxpayers should get a worse deal than Warren Buffet did when he invested in Goldman Sachs,” Zimmer said.

Although New Jersey ranks 45th out of 50 states in money it gets back from Washington per tax dollar, Lautenberg defended his record when it comes to bringing home the bacon, noting that New Jersey suffers from its own success as a high income state.

Blasting earmarks that are based on politics and not merit, Zimmer invoked the corruption trial of former state Sen. Wayne Bryant (D-Camden), and called for reform of the system.

Lautenberg didn’t like the mention of Bryant in the debate, and told Zimmer no one has ever accused him of a conflict of interest involving earmarks.

A new Monmouth University/Gannett New Jersey poll shows incumbent Lautenberg with a 16 point lead over Zimmer — 52%-36% among likely voters, while aQuinnipiac University poll released this week has Lautenberg ahead by 22 points. 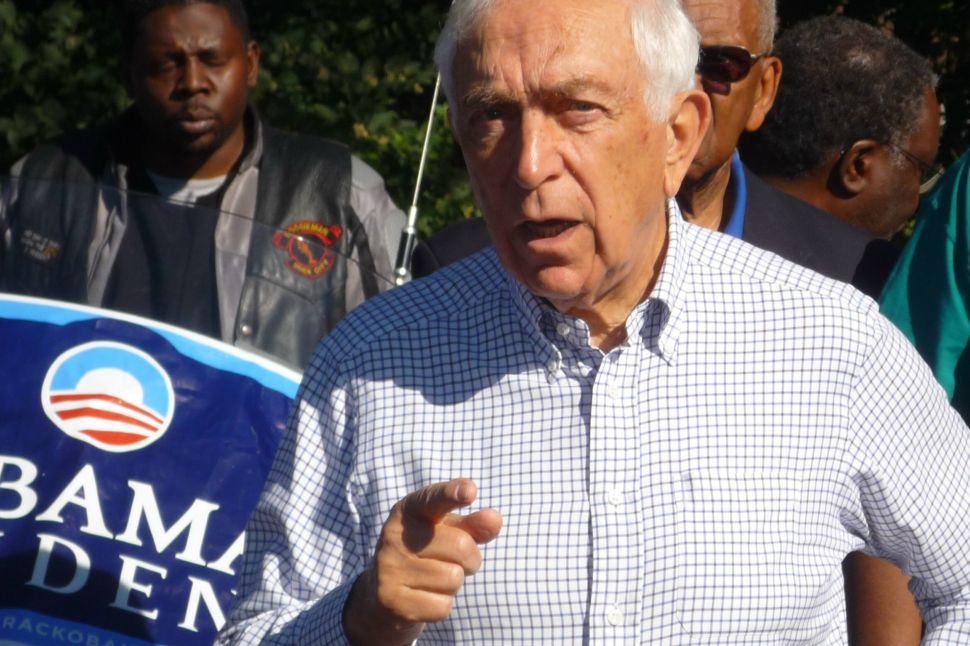