Booker used to be the councilman in this ward, and he remembered Osborne as a humble,hard-working family man.

"I was very blessed when I ran for Central Ward Council and a whole bunch of people stood up for a reform movement that started a decade ago," Booker said, standing with Osborne in a vacant lot slated to become First Street Park.

"I am endorsing the man without whom I would not be mayor today," he added.

The mayor described Osborne as a community activist – not unlike another candidate who’s on the Nov. 4th ballot.

"Maybe we waited too long, maybe we’ll have regrets, but for the next 15 days, we’re focused on electing two men: Barack Obama and Eddie Osborne," said Booker.

Part of his reason for delaying in backing a candidate, he said, was the fact that there are so many.

He insisted he couldn’t decide.

Osborne thanked Booker for his confidence and vowed to continue the progress he said the mayor has made during the course of his two years in office.

"This is a year of great change all across the country – for new ideas and fresh faces," Osborne said. "Barack Obama inspired me to run for City Council. And, together, Mayor Booker and I will bring the change Barack Obama is talking about here to Newark."

The mayor said Osborne has proved himself as a union job creator for Newarkers on major projects at Newark Liberty International Airport, Penn Station, and the Newark Arena, and in apprenticeship programs for young Newark workers.

Osborne backed that up.

"99.9 percent of the jobs over the last years – we’ve been on all of them," said the candidate.

The mayor argued that Osborne’s knowledge of union contracts, development and construction, and tax abatement issues would prove invaluable on the council.

"In the last two years we’ve doubled production on affordable housing in the Central Ward," said Booker – who also promised that, if elected, Osborne would help secure more affordable units for Newarkers.

This essentially amounts to a two-week and one day war.

Not naming anyone else in the race, Booker panned the record of the former Central Ward councilman, noting what he described as Bell’s blunder-filled negotiations with the Port Authority on the Newark waterfront, and ham-handed efforts to privatize city assets.

Bell said he indeed supported privatization of the watershed.

"If we had been able to do that, we wouldn't be in the financial crunch we are in today," said Bell. "It will be interesting to see how Mayor Booker handles that, because from what I understand, he wants to do the same thing as a means of bailing the city out."

The former councilman, whofinished secondbehind the Booker-allied CouncilwomanRone in 2006, said he had hoped the mayorand council would have taken a leadership role and appointed him to fill her seat.

Rone left in August after an assignment judge confirmed that she used her office to obstruct justice in 2006.

"I was the second highest vote-getter," said Bell. "I should have been appointed, but we've had three months of taxation without representation, and the mayor is guilty of politicizing the situation."

While Booker backed Osbone, Bell said he was out campaigning.

"And raising money," he added. "I'm going to need it. These guys have a cash cow with money falling out of the sky." 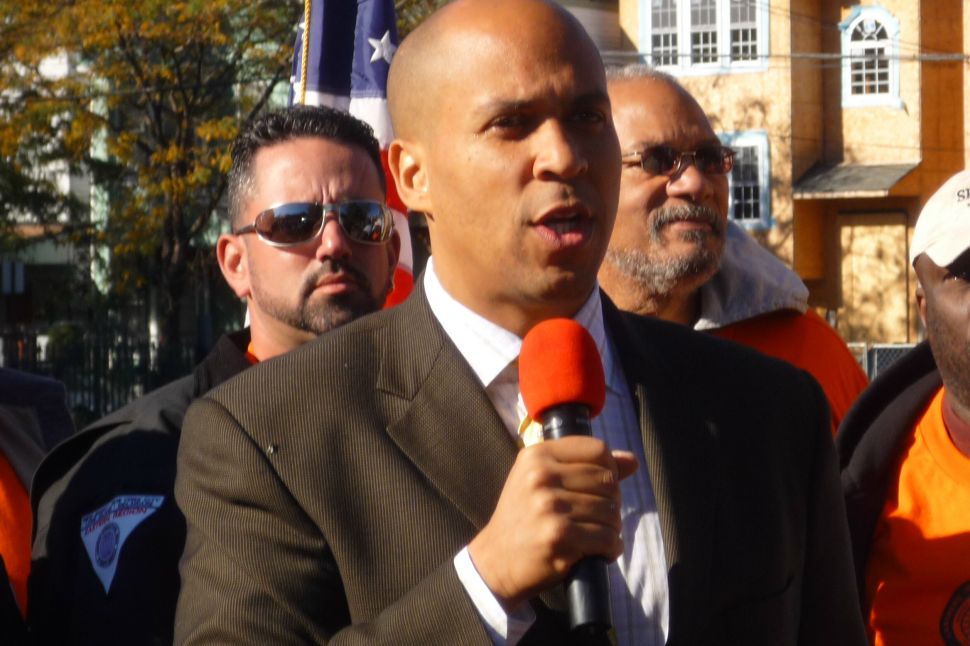