With just four days left in the 2008 campaign, Republican Leonard Lance is poised to eke out an upset victory against Democrati Linda Stender, according to James Pindell, the editor of Politicker.com's The Pindell Report, which offers independent analysis of federal- and state-level races. Pindell today moved New Jersey's 7th district seat from Leans Democratic to Leans Republican.

Pindell says that the decision of Democrats to dispatch their highest profile surrogate, former President Bill Clinton, to campaign for Stender is not something a campaign does when its ahead going into the final hours of a race. PolitickerNJ.com reported this week that the Stender campaign has an internal poll showing her trailing Lance by four points.

"How did we get to this point?," Pindell asked. "After a year of national Democrats and aligned organizations dumping millions of dollars behind Stender, the Democrat missed when she spent part of the last stretch of the campaign talking about abortion. If there is anything we learned from this cycle, it’s that social issues didn’t matter much. Other Democrats across the country gained traction by focusing on the economy. Should Stender indeed fall short, it would be a disappointing end to a race that Democrats had invested heavily in."

Stender, a four-term Assemblywoman from Union County, came within one percentage point of unseating U.S. Rep. Mike Ferguson in 2006. After the 38-year-old Ferguson backed off a bid for a fifth term, Republicans nominated Lance, a State Senator from Hunterdon County and the former Senate Minority Leader. 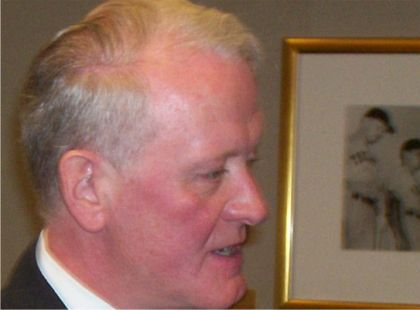