PASSAIC – Senior lab tech and family man Luis Santiago figures the fact that he’s been married for 36 years and gone to work at the same company for as long, while striving always to be an honorable citizen and taxpayer, ought to count for something in the City Council election.

“I’m fed up,” says the 58-year old father of two sons and four grandchildren. “I’m paying $10,400 a year in property taxes. That’s almost a quarter of my salary. My wife and I, we’re happy. The job I’ve got? The best job I could ever have.”

But local government… well, it leaves something to be desired, in the view of the candidate.A long-shot, he’s vying with four other men to replace downed Councilman Marcellus Jackson, who pleaded guilty to corruption charges last year.

Whatever their particular talents, Laboy was convicted of driving drunk in the 1990s, and Dye has been convicted of drug possession within 1,000 feet of a school and third-degree aggravated assault, according to a Herald News article published earlier this week.

Offered a chance to take a shot at Laboy or Dye, Santiago says only, “Looking at myself as someone who’s never been in trouble, I’m proud of myself. They’ve got to live with themselves.”

He doesn’t have any campaign money.

“I’m a newcomer, I’m doing the best I can,” he says. “But I’m not taking any campaign contributions. The way I look at it, anytime someone gives you something, they expect something in return.”

At a meeting last month at City Hall, Acting Mayor Gary Schaer and the council honored city firefighters, among them Santiago’s son, Louis, for valor in the line of duty.

Santiago took his whole family to City Hall. It was a proud event. Firefighters packed the council chamber. Looking on from the front row as his son in dress blues received his award, Santiago led the standing ovation. 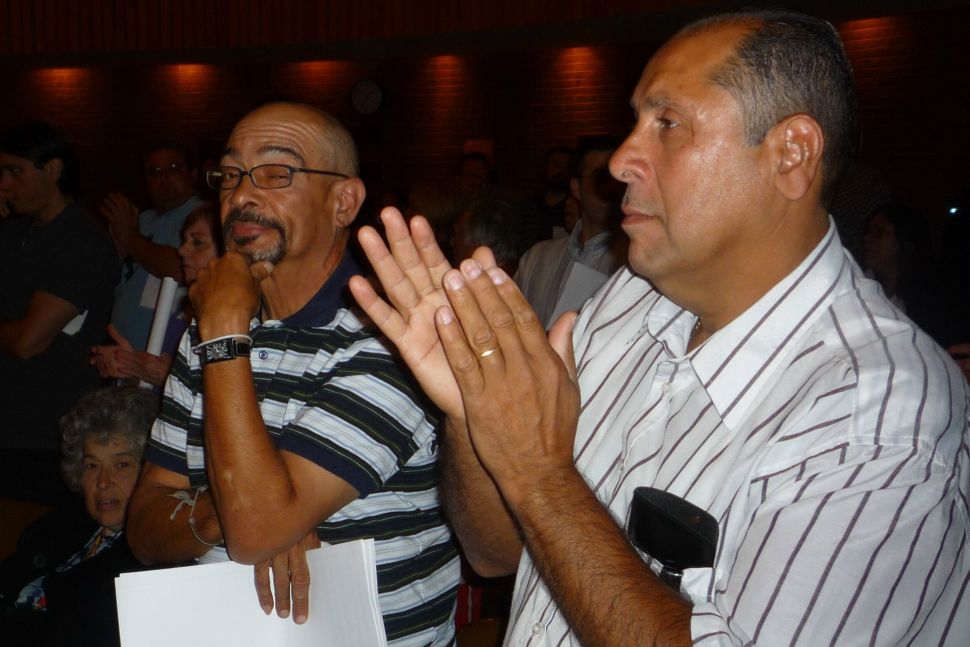