NEWARK – When Cory Booker toppled the old regime of Sharpe James and turned James’s most visible allies out of City Hall, the former mayor’s friends began plotting a comeback.

Now James is in a federal penitentiary serving time for fraud – and the deposed politician’s forces believe they’re closer than ever to defeating Booker in Newark.

Recognized by Sen. Barack Obama (D-Il.) as a rising star, a statewide phenomenon and an orator who at his best makes Obama sound like a blandly serviceable warm-up act, Booker nonetheless faces political trouble at the local level, in each of the city’s five wards.

The mayor will not publicly acknowledge political turmoil.

His critics argue that Booker’s choice of a Central Ward City Council candidate with more obvious statewide connections than local name ID prior to the start of the race reveals a mayor intent on running statewide rather than making the shrewd political moves on the ground to ensure his re-election to local office in 2010.

Booker insists he will run for mayor again. But a loss in this special election on Nov. 4th wouldn’t look good in a landscape where the mayor’s already battered.

Take the five wards, one by one.

Although his allies point to his self-built popularity among Latinos, Booker’s strength in the North depends in part on his alliance with Democratic Party boss Steve Adubato, who supported Booker in the 2006 mayoral election against state Sen. Ronald Rice (D-Essex).

Upset over Booker’s reluctance to back his school board candidates, and by some of the mayor’s departmental hiring preferences, including a troubling combination of white collar non-Newarkers and old regime crumb bums, in the boss’s opinion, Adubato this year declared political war on Booker, aligning himself with Rice to endorse former Councilman Charles Bell in the Central Ward City Council election.

That again puts the veteran Adubato in the same camp as James, who before going to prison told his onetime running mate Bell that he wanted to help him get back on the council – and chipped in a $5,000 campaign contribution.

But if Adubato backs North Ward Councilman Anibal Ramos for mayor in 2010, it is difficult to see Parlavecchio going against his old friend in favor of Booker.

Never strong in the South Ward, the mayor this year attempted to gain county committee control against the old Payne family infrastructure, which appeared creakily ready for the taking, particularly after the Adubato-Booker alliance last year booted Assemblyman Bill Payne (D-Newark) off the line.

Overrun by soldiers, it looked like the end of the Payne era.

But by the end of the night, the Paynes and their dutiful, quietly voting minions schooled Booker, and retained firm control of the party in the South Ward.

The mayor enjoys a boosted profile in the West with an important ally, Councilman Ronald C. Rice. Yet ultimately the ward remains the domain of the councilman’s father, the state senator, who is still the mayor’s chief nemesis in elected office.

When Booker teamed up with Adubato in the 2007 legislative cycle, they went four out of five, clearing everyone out of their path except Rice, who was the specific target of Booker’s state senate candidate, Freeholder L. Bilal Beasley.

Beasley missed, and this time, Rice and Adubato are lined up together against Booker.

That leaves the Central Ward, the final fortress, where Booker served as a councilman before challenging James in 2002. He already suffered a loss here earlier this season, when deputy chief of staff Jermaine James failed to become Central Ward Democratic Chairman in a battle with Dwight Brown, whom Adubato backed.

Now Booker is trudging into the fray yet again, and again against Rice, and Bell, and Brown, and James, and Adubato, all of them together this time – and against some of the grassroots support in the Central Ward with whom he marched to power, including affordable housing advocate Mary Rone.

Whatever Osborne’s particular gifts, including his Central Ward roots – to his foes, the mayor’s endorsement has the appearance of Booker polishing the machinery of a statewide network in the face of local politics.

The point is not without some merit.

If Sen. Barack Obama (D-Il.) wins the White House, Booker’s allies can make the argument that he’s better suited than anyone to serve as a New Jersey team captain at the side of the new president whom he passionately supported from the beginning.

Obvious senate contenders U.S. Rep. Steve Rothman (D-Fair Lawn) and U.S. Rep. Frank Pallone (D-Long Branch) have both warred with Norcross, particularly over Andrews. Nether looks like a lock, while at his public appearances around New Jersey, Booker brings lump in the throat audiences to their feet.

Unless the mayor repairs local alliances to strengthen himself and his allies for 2010 – always possible in the wheel and deal Brick City – his best political prospect may prove to be a run for statewide office sooner rather than later.

Everyone lined up locally on the other side will claim credit for driving him from Newark, which is maybe what he wants anyway for a crack at Obama’s inner sanctum, but if he doesn’t go down fighting or win re-election here, Booker can make the argument that Adubato resorted to wielding the ultimate bitter instrument to dethrone him: the ghost of Sharpe James. 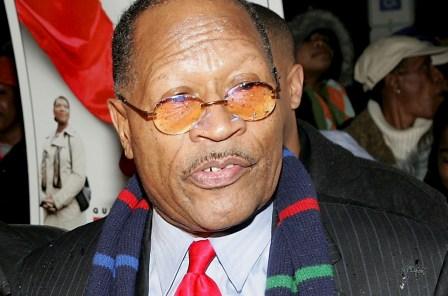