NEWARK – Holding a street sign accusing him of waste and corruption, former Councilman Charles Bell denounced a high-end campaign launched against him by “They Work for Us,” a labor organization based in Washington, D.C.

Neither his most visible rival in the Central Ward Council race, labor leader Eddie Osborne, nor Osborne’s campaign, would take responsibility for the signs.

“The only campaign Eddie Osborne is running is a positive, grassroots campaign focused on creating jobs, protecting jobs and making Newark a safer place for Central Ward families," said spokesman Joshua Henne. "We don’t know anything about any other groups independently highlighting issues they think might be important to the voters.The only thing Eddie Osborne is focused on is bringing Barack Obama’s change to the Central Ward next Tuesday."

“They Work for Us” didn’t respond. Their signs hit the streets this week, along with a couple of glossy anti-Bell mailers.

The candidate and his campaign appeared stung by the attack, which they said could only have been perpetrated by allies of Osborne. In a field of 16 candidates, Osborne, a business manager with Laborers Local 1153, is backed by Mayor Cory Booker.

In front of 60 people at a rally in Chamblee’s Restaurant earlier today, Bell called out Booker.

“If you have one iota of information about me, you have a legal responsibility to report it to the proper authorities,” he said. “If you don’t do that, then shut up.”

In an effort to highlight the disconnect between the mayor’s original on-the-record desire to back a female candidate with his support for Osborne, Bell surrounded himself with women.

They hyped the local angle.

“We are going to teach the outsiders to stay outside of Newark,” said Bell. 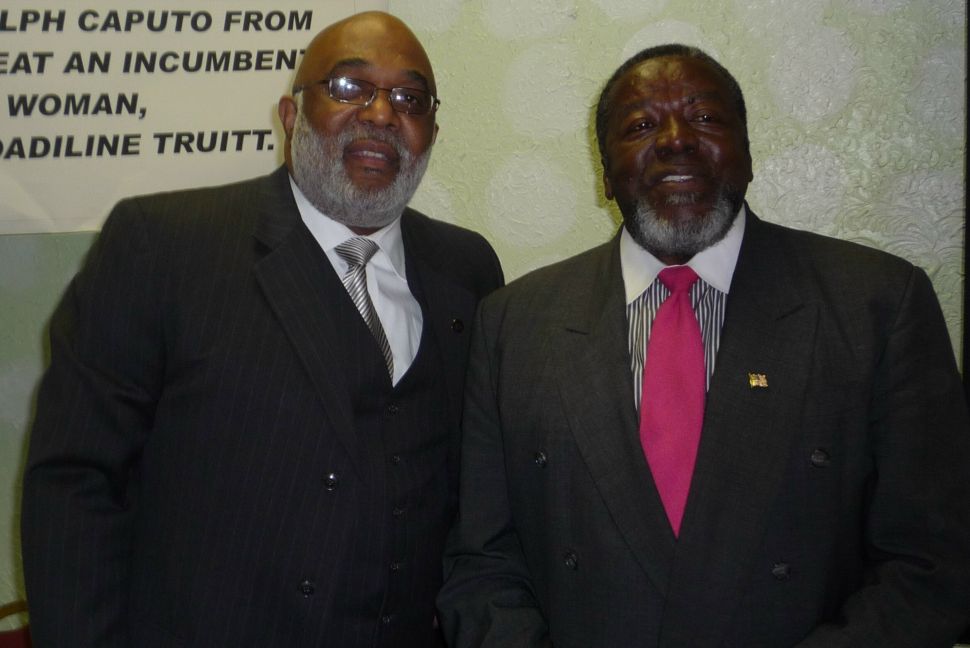