Most New Jersey Congressmen won’t comment on the potential chairmanship fight for the influential Health subcommittee of the House Energy and Commerce Committee. For the past two years, that subcommittee has been chaired by New Jerseyan Frank Pallone.

Last week, Pallone played a role in the ouster of John Dingell, the 82-year-old longtime Energy and Commerce Chairman. Dingell, a Congressman since 1955, lost to Henry Waxman in a vote of the House Democratic Caucus. Now Dingell may want a consolation prize: Pallone’s subcommittee chairmanship.

Only Democratic members of the Energy and Commerce Committee have a vote on the matter, and the only New Jersey Congressman who’s also on that committee, Mike Ferguson is a Republican who’s retiring at the end of the session.

But, although their support wouldn’t translate into a vote, there’s no reason to doubt that most of the delegation would back Pallone. Six of the seven other Democrats (including incoming U.S. Rep. John Adler) last week supported Waxman — only one New Jerseyan, Rob Andrews, supported Dingell, and worked as a whip for his reelection effort. Andrews has not had a particularly friendly relationship with Pallone since he challenged U. S. Sen. Frank Lautenberg in a primary this year.

So would Andrews back Dingell if it came down to it? His spokesman, Francis Tagmire, kept the answer vague.

“It is up to the Members of the Subcommittee on Health to elect their next Chairman. Although Rep. Andrews is not a member of this Subcommittee, he is confident they will make the right decision for America. The Congressman looks forward to working with the Subcommittee to make health care accessible and affordable for all," he said in a statement. 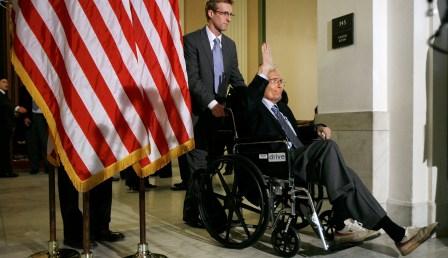