Raging moderate state Sen. Leonard Lance’s (R-Hunterdon) victory should serve as a lesson to every downtrodden member of the GOP as the party tries to shake off tough losses from the Nov. 4th election, argues Assembly Minority Whip Jon Bramnick (R-Westfield).

The pro-choice Republican believes his party gets into trouble when it tries to use the chambers of government to lecture taxpayers about how to behave in their personal lives.

“The minute you preach morality, you’re done,” Bramnick said. “That sold after Monica Lewinsky, but frankly, I’m offended by it.”

Bramnick, who’s flirted with going statewide in recent years and emerged as an early favorite to pursue the 7th District Congressional seat Lance just won before standing down, said regardless of the national party's strategies, Republicans in New Jersey shouldn’t run on family values.

“My greatest concern is our party will be considered intolerant,” Bramnick said. “I believe you must be careful when you’re a leader that there should be no perception of intolerance. When we try to preach moral values or social values we’re going to be perceived as intolerant. People want solutions to problems that face average people. They do not want to be dictated to about their values by government leaders. There are no perfect families and many, many families are dysfunctional. Therefore, we should not as leaders be perceived as dictating values. Rather, we should be perceived as open-minded.”

Founder of the moderate New Republican Policy Committee, Bramnick concedes that he does not think the McCain-Palin ticket failed because the national candidates were perceived as intolerant.

“Their loss involved a terrible economy with a crash of the stock market and (lame duck President George W.) Bush being so unpopular,” said Bramnick. “A perfect storm came together in that case.

“I’m just thinking generally in terms of the future of the party,” he said. “I’m not terribly worried that Republicans are perceived right now as bad on the economy. My concern is that we must follow a model as a very inclusive party under the (former Gov. Thomas) Kean-Lance-(former Gov.) Christie Whitman model. You can’t be perceived as mean-spirited. We must be serious but not mean-spirited. …We do not want to be deemed as a party that mixes religion and government. If people perceived us as moderate on social issues and good managers, we could win.”

“I’m hoping Chris runs,” said Bramnick. “Anyone who can take on the status quo as he does, can take on Trenton. What kind of guts do you think it takes to go after the senior management of this state? Do you think there’s any doubt if he was governor that he would allow status quo to exist?”

Asked about the Elliot Spitzer factor and whether he’s worried that Christie’s crime-busting temperament might prove a stumbling block to working effectively with a Legislature that might often disagree with him, Bramnick drew a distinction.

“I don’t perceive Chris Christie as mean-spirited,” he said. “I think the perception of (former state Attorney General turned New York Governor) Spitzer was he was mean-spirited.”

Despite Sen. Barack Obama’s considerable victory in New Jersey – including the Democratic presidential candidate’s win in Republican Westfield, Bramnick’s hometown – the minority whip feels good about the future of the party -again, if it stays focused on fiscal conservatism and not judging people.

In a tough environment and with relatively little money, Lance beat Assemblywoman Linda Stender (D-Fanwood) by holding to that Garden State GOP template, the whip maintains.

“The pendulum swings,” said Bramnick. “You have ups and downs with capitalism. Does that change our basic concept of capitalism that if you work very hard you should not be punished for being successful? It doesn’t.” 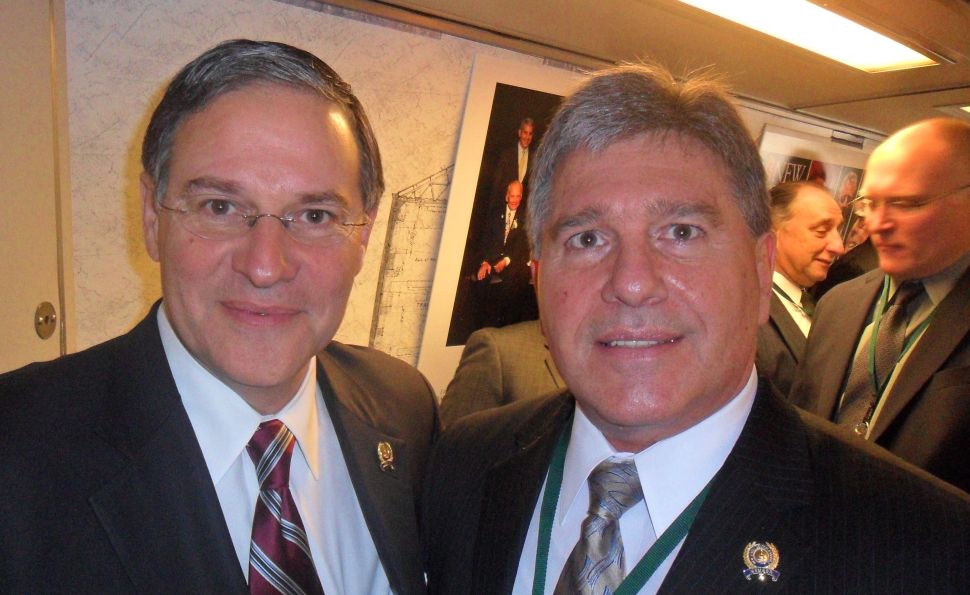