BAYONNE – Running off the line last year, attorney Nicholas Chiaravalloti lost his race for the Assembly in District 31, and doesn’t yet know if he will run next year.

“I haven’t ruled it out, but honestly, I haven’t even thought about it,” said the former state director for Sen. Robert Menendez (D-Hoboken), who recently opened his own law practice in Bayonne. “Between all of the Obama ads and the mail for theBayonne mayor’s race, I don’t even want to think about politics right now.

“I love what I’m doing and I love my quality of life,” added Chiaravalloti. “I know (Bayonne Mayor) Mark Smith, and I supported Mark Smith. He’s not giving a second thought to anything political at the moment.” 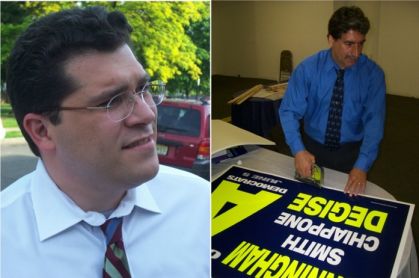