Christopher Christie's early exit as federal prosecutor makes it easier for his top assistant, Ralph Marra, Jr., to become the Acting U.S. Attorney while the new President settles on a permanent replacement. Traditionally, prosecutors sbmit their resignations effective with the change in administrations (January 20, 2009) and the U.S. Attorney General designates the First Assistant as Acting U.S. Attorney. That person remains in office for four months, with a term that can be extedned by a panel of federal judges, until the President gets around to nominating a new prosecutor — and until the U.S. Senate votes to confirm the nomination. Christie didn't become U.S. Attorney until more than a year after George W. Bush took office.

For Barack Obama, the process will be a bit easier: New Jersey has two Democratic U.S. Senators, and a Senate that is controlled by Democrats. But appointing Christie's successor is not likely to be the top priority of the new adminisration. Christie's departure 51 days before Obama takes office allows Michael Mukasey, Bush's Attorney General, to designate the Acting U.S. Attorney — presumably Marra, a career federal prosecutor and a Democrat with close ties to Christie.

Had Christie left on Inauguration Day, the selection of Marra as his successor would have been less automatic. Unless Obama, Robert Menendez and Frank Lautenberg move quickly, expect Marra to be running the show for the better part of the next twelve months. Sources close to the two New Jersey Senators strongly suggest that the new U.S. Attorney will not be someone currently employed by the Justice Department. 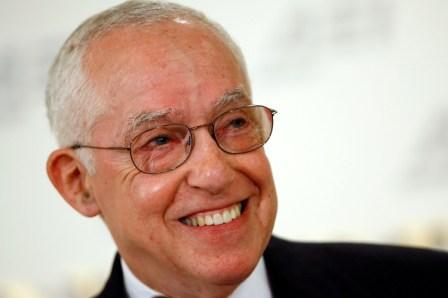