Gov. Jon Corzine appeared on MSNBC's Morning Joe this morning and talked upSen. Hillary Clinton (D-N.Y.) for the job of secretary of state in an Obama administration.

"First of all she probably knows every major foreign leader," Corzine said."She already has relationships where she can sit and talk directly about the problems that exist either on a bilateral or multilateral basis. She has a full grasp of the issues. She has studied it, and been as effective as any senator about articulating a point of view.

"She will bring instant credibility to those efforts," Corzine added."She is smart. She works as hard as anybody ever has that I have ever been around. So, I think she could be a great partner with Barack Obama."

Corzine was a strong supporter of Clinton's in the Democratic Primary.

The Clinton talk came on the heels of the governor’s answer to a Joe Scarborough question about whether Corzine wants to be Obama’s secretary of the treasury.

“We have in each of the states across this country and particularly here on the east coast, a very serious economic crisis that is practical, on the ground, in peoples’ lives,” he said.”It is a responsibility of a governor to put together every effort to try to deal with the housing problem, to deal with jobs, to try to bridge the problem that my community is suffering with now. So I’m thrilled with what I have a chance to do. I don’t like the problems, but I like the chance to actually be involved there. I’m not looking for that job. The fact is there are a lot of good people, and we’ll cross all those bridges whenever they come.” 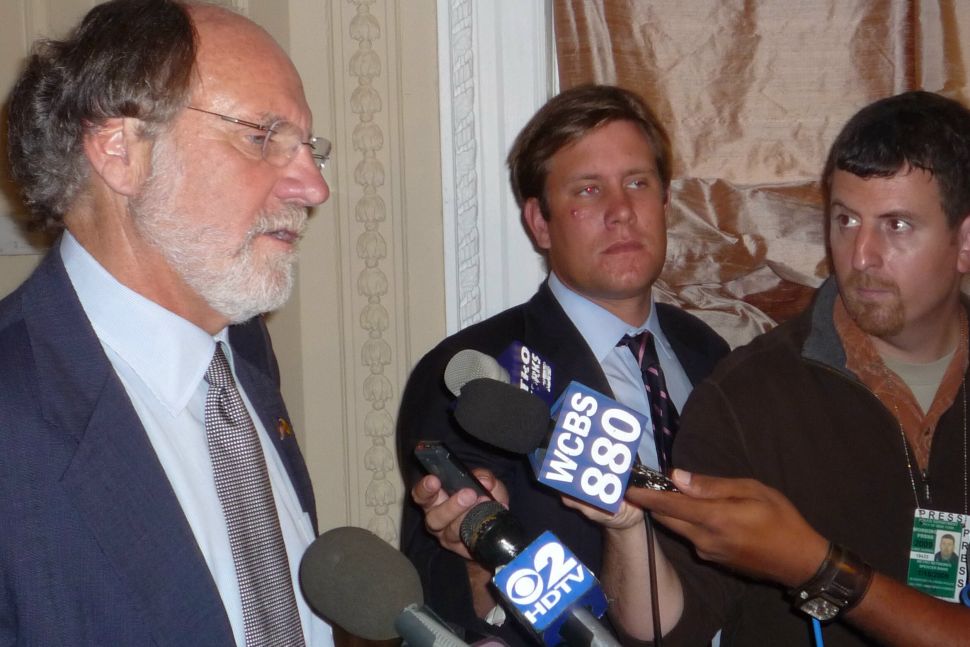