BAYONNE – It was a bruising fight for Assemblyman Tony Chiappone (D-Bayonne), one he wanted badly to win, but his ally in last week’s mayoral election lost, and now Chiappone must look ahead to his own re-election bid next year and the grim prospect of running off the line.

Whether on or off, Chiappone makes it clear.

The Jersey Journal’s Political Insider points out that Mark Smith’s defeat of Pat Conaghan on Election Day gives the Hudson County Democratic Organization (HCDO) the necessary leverage to dump Chiappone, who comes from that part of the 31st Legislative District composing a third of what is otherwise dominated by Jersey City.

But the assemblyman remains upbeat.

A longtime ally of state Sen. Sandra Cunningham (D-Hudson), who came to the State Legislature in a package deal with Cunningham when she sat down to negotiate last year with the HCDO, Chiappone says the woman who would be mayor still wields considerable power in Jersey City.

“Sandy’s not going to make a decision about running for mayor until next year,” said Chiappone. “The question is, ‘does she support a candidate or does she run herself?’ Of course, her decision effects where I stand.”

If Cunningham challenges Healy in May and goes down in defeat, Chiappone could be the last ember stamped out by the organization in June. Or he could be running off the line with Cunningham if she makes it to a run-off election.

Or Cunningham’s decision not to run could strengthen his own hand within the organization, Chiappone argues. Cunningham, the African-American widow of Jersey City’s first African-American mayor is “holding all the cards right now in a field of potentially four white males running for mayor,” Chiappone said.

As for Bayonne, “My position is the same as it’s been in previous years,” said the assemblyman, who also serves as a city councilman. “It’s the same opponents, just a different cast of leaders at the top.

“I could always run for mayor of Bayonne in 2010,” added Chiappone, who said the late entry into the mayor’s race of former Mayor Richard Rutkowski drained numbers from Conaghan and enabled Smith to win last week.

Bayonne Democratic Party Chairman Jason O’Donnell said he hadn’t yet considered what stand the organization intends to take regarding the organization’s longtime antagonist.

“My whole existence has been dedicated to the campaign,” said O’Donnell, who successfully chaired Smith’s political operations. “Politics isn’t the discussion of the day right now. We’re into policy.” 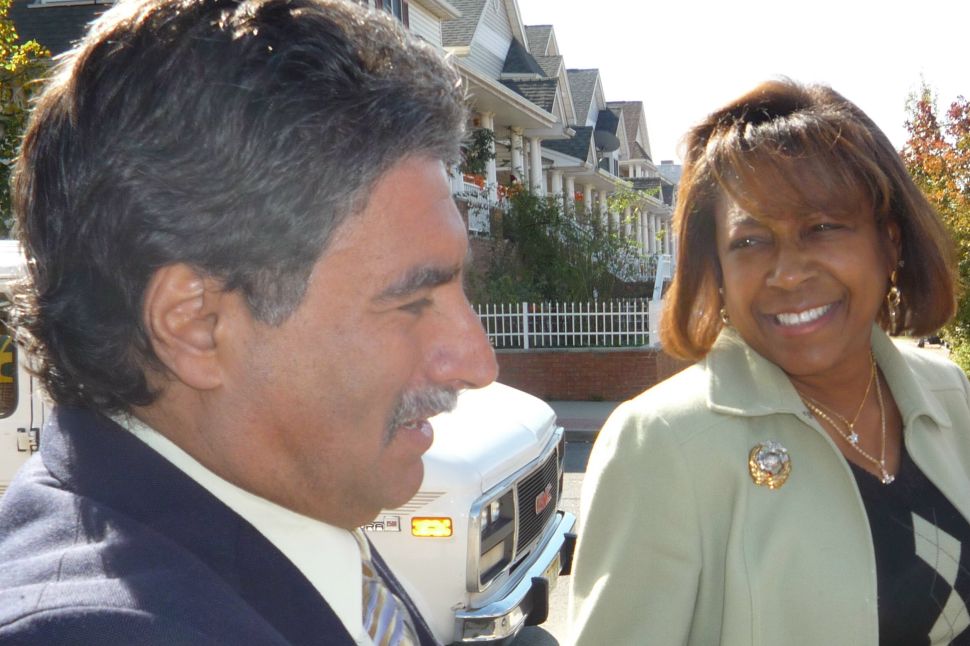