And the first hispanic to win a major party nomination for the U.S. House of Representatives was Albio Sires, who was the Republican challenger to U.S. Rep. Frank Guarini in 1986. Sires became the first hispanic Assembly Speaker in 2002, and won a House seat four years later when Menendez moved up to the Senate. 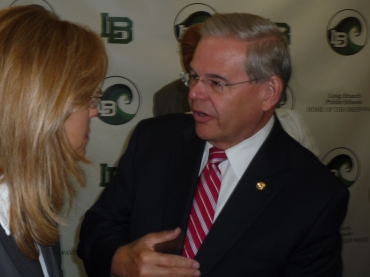