“I have worked with Mike for many years, first in the state legislature and now as a Congressman, and he has consistently fought for smaller government, less regulation and lower taxes,” said Garrett, who recently fended off a well-funded challenge to win reelection by a slightly greater margin than in 2006. “Mike is a strong supporter of the Constitution, and he has been consistently endorsed by pro-business groups as a result of his record in the state legislature.”

Doherty has been campaigning for the 23rd District state senate seat since the day after Lance won his congressional race. He’s already won the endorsement of several conservative organizations and two state senators. 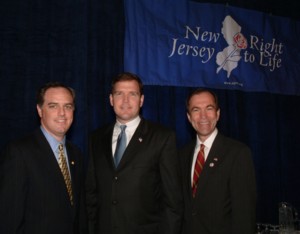