A Democrat with strong ties to Senate President Richard Codey says there is "no f#$&ing way" Nia Gill will become Senate Judiciary Chairman when John Adler goes to Congress in January. Codey's friend cites tension between the two Senators over their shared senatorial courtesy in Essex County, and Gill's growing dependence on legal work from the County of Essex (that means Codey rival Stephen Adubato, Sr.) as key reasons why Gill won't get the job. The front runner, says the Senate President's ally, is State Sen. Nicholas Scutari (D-Lesniak), who doesn't excite Codey but may be the least problematic of the potential contenders. 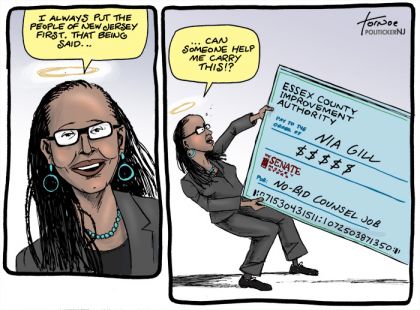