Mercer County Freeholder Keith Hamilton met with members of his political team yesterday to tell them that he will soon form an exploratory committee to run for Mayor of Trenton in May 2010. The incumbent, Douglas Palmer, has not yet announced his plans.

The 53-year-old Hamilton, who moved to Trenton from Hamilton Township earlier this year, was first elected Freeholder in 1995 after three years on the Hamilton school board. He has sought to become the Democratic candidate for State Senator and Assemblyman in the 14th district, always without success.

Palmer has been mayor since 1990, when he defeated interim Mayor Carmen Armenti for the post. He was re-elected in 2006 by a 53%-22% margin over Freeholder Tony Mack. This year, he helped Democrats dump Mack from the Freeholder Board.

Palmer is also considered a possible candidate for Lt. Governor next year. If he were to win, City Council President Paul Pintella would likely become Acting Mayor in Janaury, 2010. 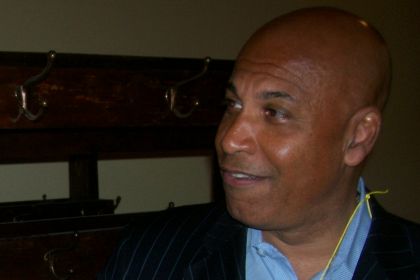