If it’s Corzine versus Christie for governor next year, both parties agree on one thing at least: the contest will get ugly, with bruising attacks emanating out of both camps.

“You’re probably going to have to go back to Lautenberg-Dawkins to find a race like this one, if it happens,” said Democratic Party political operative Pat Politano.

In that infamous 1988 matchup, the “Swamp Dog” incumbent senator, plagued by unfavorable internal polling, branded challenger Pete Dawkins a carpetbagger and flailed away at him with negative ads until he dropped him on Election Day by eight points.

Gov. Jon Corzine said a while ago that now retiring U.S. Attorney Chris Christie has demonstrated expertise “in one area,” namely as a crusader against government corruption. As such, the Democrats anticipate a Christie campaign trying to cocoon Corzine in the danker reaches of New Jersey politics.

Christie’s speed dial sense of the underworld he’s persecuted these last few years will give him and campaign allies a special ability to dredge a Democratic Party history that Corzine and company would just as soon forget.

Corruption, Republicans will argue, equals government waste, out-of-control spending and higher taxes. Who better to clean up the mess than the crusading Christie, who – to be clear – hasn’t yet announced that he’ll run, and must still get through a Republican Primary.

“They called (former GOP Gov.) Christie Whitman the bond queen, but bonding has doubled with the Democrats,” said state Sen. Kevin O’Toole (R-Essex). “Scandals have never more rampant than under their watch. The Schools Construction Corporation fiasco was the biggest boondoggle ever seen in the northeast. They have to answer for that. (They) have made New Jersey so uncompetitive, people can’t afford it anymore.”

“Chris Christie’s chief asset has been his ability to secure the high profile convictions of leaders,” said the political scientist. “Given the high number of elected officials from the Democratic Party who fall within that, it will be easy for him to make that case. But I don’t know if voters will buy that Jon Corzine is part of that corruption. There are very few elected leaders that voters can rest assured are not on the take, and Jon Corzine is one of them. His personal wealth shields him from charges of corruption.”

Moreover, Democrats don’t intend to allow Christie to steal the corruption issue, if he ends up being the GOP nominee. In fact, they want to go on offense and mold the Republican as a creature of a crony-riddled, national party struggling to stay upright in the aftermath of President George W. Bush.

They will hammer on Christie’s fundraising connection to Bush, and his efforts to secure a $52 million federal monitoring contract for former U.S. Attorney General John Ashcroft, Christie’s former boss, while amplifying howls over what they believe has been Christie’s politicization of his office.

Getting back to Corzine’s comment about Christie’s job description, as an antidote to the GOP candidate they hope to brand as one dimensional, the Democrats will once again package Corzine as the numbers guy, their Goldman Sachs gunslinger on the economy in complicated and hard times.

O’Toole said his rivals have been there and done that and gotten nothing for it over the course of three rambling and unproductive years with Corzine, in his opinion. The Wall Street guy showing up at ground zero, ready to bail out a blighted Main Street with his financial prowess at this point comes complete with a bitter laugh track.

“When you look at the economy right now, the state of people’s 401K’s, these folks on Wall Street have made billions on the backs of hard-working New Jersey residents,” O’Toole said. “You couple that with the 2002 Democratic Leadership and their plans to securitize tobacco, the Wall Street folks and politically connected folks made hundreds of billions of dollars on that.”

At today’s League of Municipalities Conference in Atlantic City, Corzine already sounded as if he was stepping up efforts to project his countervailing narrative of sympathetic everyman against any building drumbeat depicting him as a Wall Street wonk.

“We can talk about the world in the context of default rates…or bailout debates…but that’s cold comfort to a homeowner whose mortgage is 150 percent of his house value, or a single mom who has lost her job and has no health care,” the governor told the League crowd. “The human toll is high.

The governor said current revenue estimates require the state to make $1.2 billion in additional cuts to a $32.9 billion budget, and hammered away at a theme that blunts Christie’s main weapon.

“One important step to strengthen the public trust is to pass the ‘campaign finance and ethic
s reform’ package I laid down in September—the final leg in a series of reforms implemented since taking office,” Corzine said. “By ending pay-to-play and wheeling, by changing how the political system actually works, we will say to the public we want their trust. Those of us in public life must be prepared to go beyond our comfort zone to break through the thick layer of distrust that too often exists in New Jersey between officeholders and the people they represent.”

A demonstration of reform measures, coupled with a barrage of ads and hit pieces designed to relegate Christie to Bushworld, will put them in a position to claim part of the ethics edge, Democrats hope.Republicans look no further than state Sen. Leonard Lance’s (R-Hunterdon) triumph over Assemblywoman Linda Stender (D-Fanwood) in the 7th Congressional District race in assessing the effectiveness of Democrats trying to push the Bush button with voters this late in the game.The Stender campaign’s nonstop advertising effort to lump Lance in with Bush bounced off the former Republican state Senate Minority Leader, who ran on his own moderate record and won by nine points.

“They can scream Bush all they want, but at some point that dog don’t hunt anymore,” said O’Toole. “Linda Stender ran the most disgusting, vile and error-filled campaign people ever seen. She outspent Leonard. He should have been crushed.”

Democrats bank on 700,000 new registered voters in their column, and New Jersey’s consolidated position as a blue state machine.

“The Bush ads were maybe not as effective in a Republican performance district, but they will be in New Jersey as a whole,” said Politano. “And that message of tying a Republican candidate to Bush did work for (U.S. Rep.-elect) John Adler in the 3rd District, where they maintained their discipline and stuck to that message.”

Dr. Harrison says the biglurking factor with Corzine is money. He's got it, and he can spend it.

If these men face each other and it turns into a corruption slugfest, with Democrats neutralizing the Wayne Bryant-SharpeJames highlight reel with Bush-Ashcroft,a geared-up Democratic Organization will likely prevail, in her opinion.

Assisted, of course, by Corzine's money. 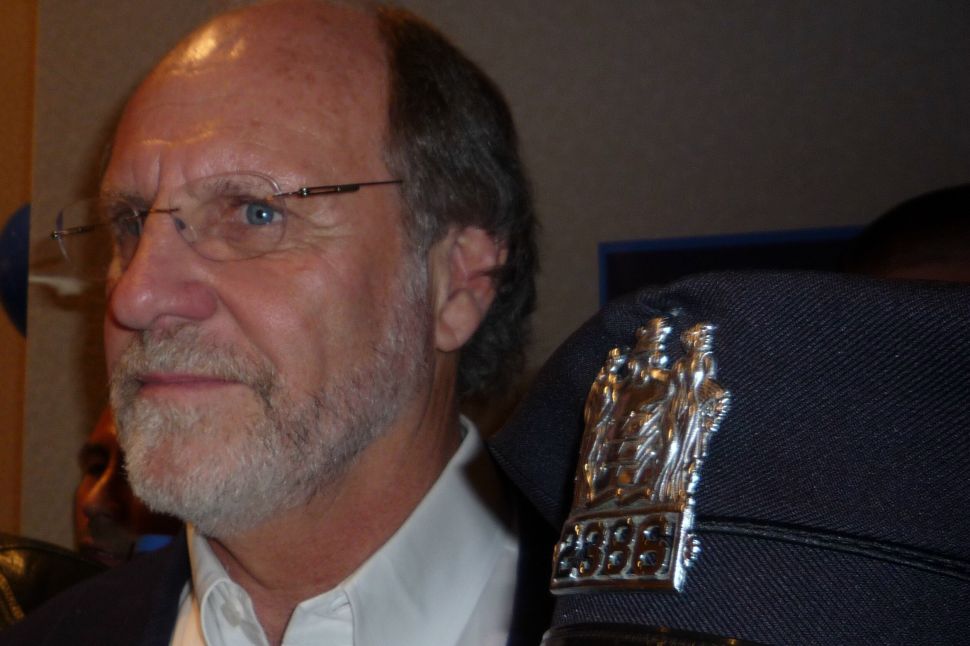