There are reports from some Democratic insiders that Bergen County Sheriff Leo McGuire is testing the waters to see if he can become the next U.S. Marshal from New Jersey — a race where there are essentially two voters, U.S. Senators Frank Lautenberg and Robert Menendez. Both Senators enjoy a good relationship with McGuire.

McGuire, who was not included in early Democratic short lists because of his interest in running for Bergen County Executive in 2010, is suddenly warming to the idea of leaving his county post to succeed James Plousis, a Republican who is expected to leave office at the end of the Bush administration.

If McGuire resigns to become federal marshal, Gov. Jon Corzine would appoint an Acting Sheriff to replace him. That could be problematic for the Governor, since he would need sign off from at least four State Senators from Bergen County to get the Senate to confirm his nomination — not an easy task, since he'll need Paul Sarlo and Loretta Weinberg to back the same candidate.

Possible interim appointments include two Under Sheriffs: Ralph Rivera, Jr. and Sharon McDonald, both former state troopers. Rivera would become the first Latino Sheriff in Bergen, while McDonald would become both the first woman and the first African American. Bergen Democratic insiders say that Under Sheriff Alan Ust, who runs the county jail, would not be a candidate to replace McGuire. 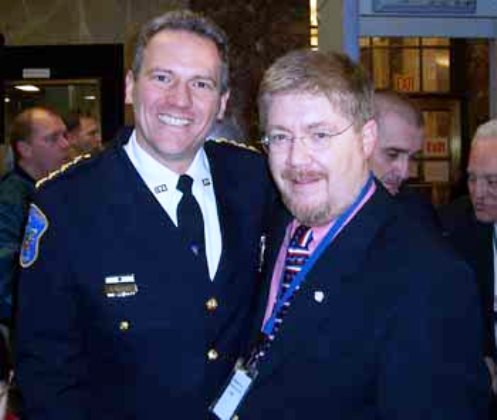