Assemblywoman Marcia Karrow (R-Flemington) is reaching out to county committee members in Warren County to enlist support for her state Senate bid, but that’s about as much as she will say.

“I’ve had an extremely encouraging response. I’m going to continue working my plan. I told you this before, I’ll tell you again: I’m not going to campaign in the press. Others can do that if they want to.”

Karrow, a Hunterdon County native, is just entering what is certain to be a hotly contested state senate race to replace Congressman-elect Leonard Lance in the 23rd District, the first part of which will be decided by a joint vote of the Hunterdon and Warren County committees. Karrow’s main rival, Assemblyman Michael Doherty (D-Washington Township) is hoping to unite Warren County Republicans behind him and cut into Karrow’s Hunterdon County votes.

Late last week, Karrow held a small party at a Warren County winery. Sources that were present said that there were more Warren County Republicans in attendance than Hunterdon County ones.

But Karrow noted that the event was planned for her assembly reelection fund long before Lance won his congressional race – even if it occurred after she announced her state senate bid. And while she did raise some money, she prefers not to call it a fundraiser.

“It was a little party. It was planned way before Senator Lance won the seat. I like to have one very inexpensive party once a year so people who, especially in this economy, can feel like they contributed some support for me,” she said. 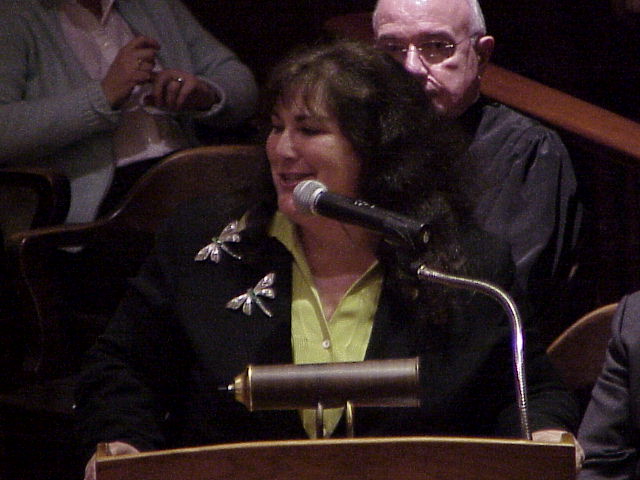