Holt, who announced that he was setting up an exploratory committee last week, told PolitickerNJ.com today that he is likely to run for the seat as well.

“If anything, it energizes me even further,” said Holt. “Since the press release and my sort of formal announcement of my intent to move forward, I have just had an extremely large number of supporters both on a financial end as well as the working end of the campaign.”

Karrow and Assemblyman Mike Doherty (R-Washington Township), who’s from neighboring Warren County, have already announced that they are running for Lance’s seat. The Republican committees from Hunterdon and Warren Counties will meet in January to decide who will fill Lance’s seat until next year.

Holt, the grandson of former Republican U.S. Sen. Clifford P. Case, is looking forward to a spirited race, even though he hasn't formally declared his candidacy.

“It’s going to be a great race, and I certainly will guarantee you that from my perspective, that it will be one that is geared towards issues. I think it’s going to represent the Republican Party well,” said Holt.

Those issues: keeping residents from fleeing the state and economic development.

If Holt runs, that could complicate the prospects of any Hunterdon County candidate. Assemblyman Mike Doherty (R-Washinton Township) thinks that county committee men and women from his native Warren County will vote overwhelmingly for him, while he plans to take votes in Hunterdon from its most conservative members. Holt could risk splitting the remaining votes with Karrow, helping to pave the way for Doherty.

“That could be said on either side of the equation, for Ms. Karrow and myself,” said Holt.

But even if he doesn’t win the county committee fight, Holt plans to run in the June Republican primary. Whoever wins that race will likely easily win the November special election to fill the rest of Lance’s unexpired, since the district is safely in Republican territory.

“If and when I move forward with the more formal announcement, it will be with the intent of being in both races,” he said. 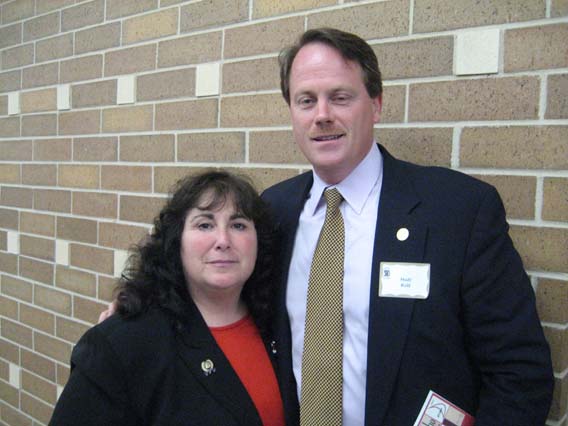