Hedge fund manager Orin Kramer, who heads the New Jersey Investment Council, wants to set the record straight: the state pension fund’s losses would have been worse if he hadn’t begun diversifying its portfolio six years ago.

Kramer disputed a report that appeared on PolitickerNJ.com last week that contended he presided over the loss of $25 billion from New Jersey’s pension fund. Upon taking the post in 2002, Kramer said that he recognized the need to for the state’s multi-billion dollar fund to diversify its holdings. New Jersey, he said, stood alone in the proportion of stocks to other assets that its pension fund held.

“The reason that I joined the council is because New Jersey had the most undiversified, equity-heavy portfolio of any major comparable institutional fund in the country,” said Kramer. “Compared to every major endowment, corporate pension fund and public pension fund, New Jersey was uniquely undiversified and heavily dependent on equities.”

Kramer has faced a major hurdle in his quest for diversification, however: state worker unions, most notably locals for the Communications Workers of America – despite the fact that most experts advocate diversification as a safer method than heavy investment in securities.

“Maybe the world is wrong and these people in New Jersey know something they don’t know at any major university or any major corporation or any major public fund, but what they believe in isn’t believed in or taught at any university,” he said.

The council has made some progress, however. In 2002, 66 percent of the portfolio’s assets were in stocks, which have been the hardest hit in the economic downtown. Today, that number stands at 48 percent.

Moreover, Kramer said, to attribute the loss to any individual is incorrect. The New Jersey Investment Council establishes broad policy and asset allocation, but does not pick choose managers or dictate investments. Since the council does not make specific decisions about which assets to purchase, there is no way he could have pushed it to invest $94 million in BlackRock, Inc.

“It’s well known that the council does not make individual investment decisions, and therefore nobody including me pushed it. We’ve got clear policies and the statement is just false,” he said.

Kramer said that the State Investment Council primarily sets the asset allocation guidelines for the Division of Investments, noting that the decisions on manager selection and security investments are made by the decision's staff, which is led by Director Bill Clark.

Kramer also said that the $25 billion figure is not entirely accurate. Some of that loss was the result of payouts from the historically under-funded pension system. As for the rest of the loss, it’s next to impossible to find any fund that’s making money in the current economic climate.

“Everything has lost money in a way that hasn’t happened since the depression. But the things we diversified into have lost less money than equities,” said Kramer. 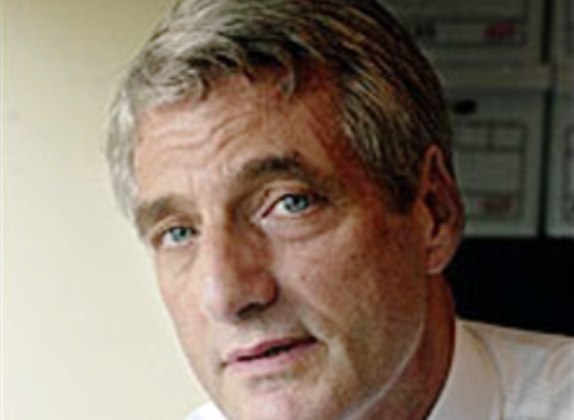