While Assemblyman Mike Doherty (R-Washington Township) is already pounding the pavement in an effort to succeed Congressman-elect Leonard Lance in the state Senate, no definite candidate from Lance’s native Hunterdon County has emerged to compete for the seat yet.

But long-time Hunterdon County Republican Chairman Henry Kuhl thinks there will be one.

“I would assume that that would happen,” he said.

Kuhl would not say whether he’s dead set on fielding someone from Hunterdon.

“I think at this point I won’t answer your question” he said. “I think it’s been a Hunterdon seat for 23 years, and I think that it may be that Hunterdon Republicans want to continue to see that. However, at this point, it’s all new. The candidates are not even declared yet. So I think we have to wait until all this happens.”

The Hunterdon and Warren County Republican committees will hold a joint meeting in January to choose Lance’s immediate replacement in Trenton. That interim state Senator will then have to win a special primary election in June and general election in November. 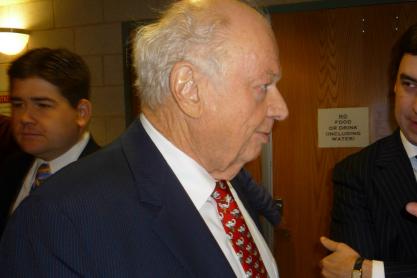